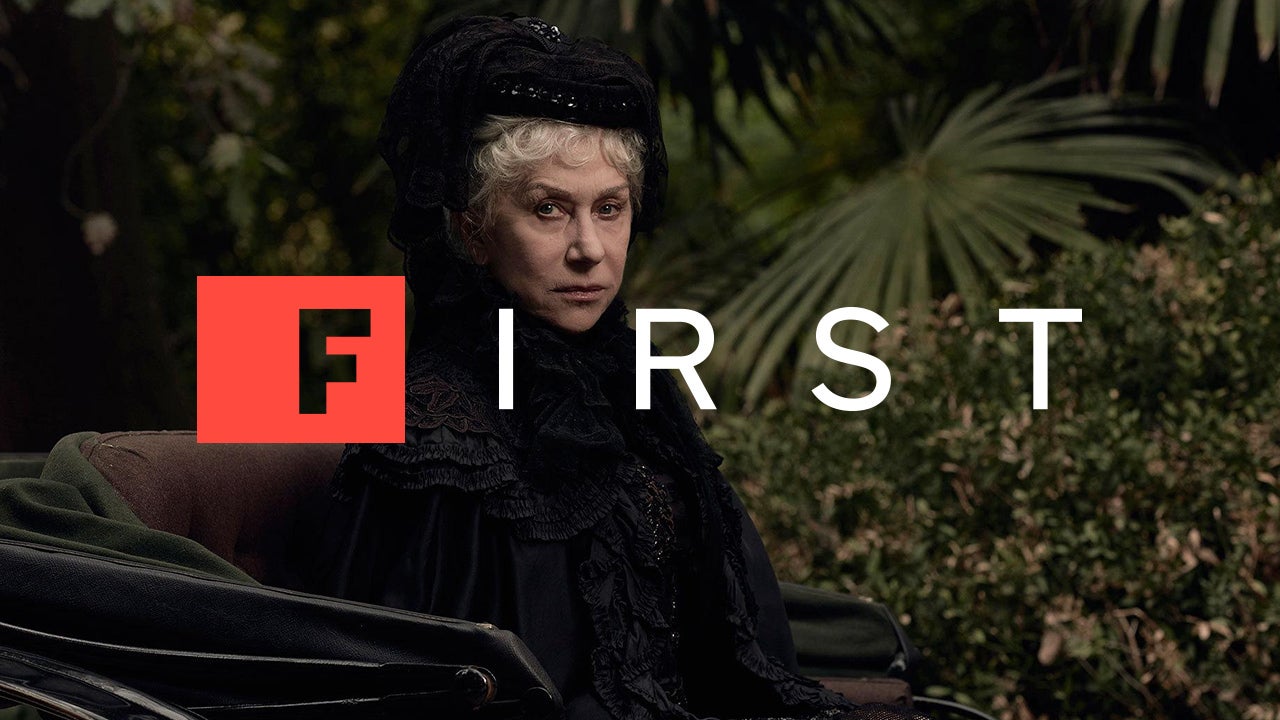 Plus: The Spierig brothers explain why it’s so hard to film in America’s most haunted house.

All month long, IGN First is spotlighting the Films to Watch in 2018. Today, we have an exclusive new poster for Winchester, a horror film from Lionsgate and directors Michael and Peter Spierig that stars Helen Mirren, Jason Clarke, Sarah Snook and Angus Sampson. Winchester opens stateside February 2, 2018.

There are those who claim that the Winchester Mystery House is the most haunted house in America, and maybe even the world. Located in San Jose, California, the mansion was built by Sarah Winchester, the widow of William Winchester, who founded the lucrative Winchester Repeating Arms Company, and was under almost constant construction as it gradually became an eccentric architectural curiosity that, the story goes, contains the ghosts of people killed by Winchester rifles.

The Winchester Mystery House is now the subject of the supernatural thriller Winchester, which stars Oscar winner Helen Mirren as Sarah Winchestet and Jason Clarke (Dawn of the Planet of the Apes) as Dr. Eric Price, a man sent to investigate whether or not she has gone insane. The film comes from the Spierig brothers, whose horror credentials include the alien zombie thriller Undead, the dystopian vampire thriller Daybreakers, and Jigsaw, the eighth film in the blockbuster Saw series.

Check out our exclusive new poster for Winchester along with several other photos from the Helen Mirren haunted house thriller:

The problem with shooting in the Winchester House isn’t the ghosts. “I’ve never seen a ghost. I’m not saying they don’t exist, I’m not saying people haven’t seen them,” Peter Spierig explained in a new interview with IGN. The problem is the house’s architecture.

“What makes it interesting is when we shot there,” Michael Spierig explained, “every crew member needed a guide, because if you’d walk around a corner you’d get completely lost and not be able to find where we’re shooting again. It’s really that confusing.”

That’s just one of the reasons why the Spierig brothers found it necessary to recreate the house’s bizarre rooms in Australia, where most of the production took place. “The design challenges are interesting because you are building things that, in a way, isn’t traditional,” Peter Spierig said. “There are strange angles on walls and things look like they repeat, and there are certain rooms that are slightly higher than other ones and the stairwells go straight to the ceiling, and things like that. That’s interesting and challenging for a production designer, but also for us, logistically. It’s complicated to shoot in. You certainly can’t shoot in the real house very easily because it’s just so many strange spaces, so we had to build lots of things in order to have control and be able to remove walls and put cameras where we wanted to, and things like that.”

Ordinarily a confusing location might lead to problems in the editing room, as it could become difficult to keep track of where the characters are in the house. But then again, Michael Spierig says, in this film that’s actually a feature, not a bug.

“One of the cool things about the Winchester House is, if the editing is a little confusing, if you are a little unsure of where you are, it’s actually in line with the way the characters are feeling,” Michael Spierig laughed. “The Jason Clarke character in the film, he is going into the house and is unfamiliar with it, so if the editing does aid in the confusion I think that’s helpful. I think there’s also a point where we just have to make it really clear where you are, but we certainly did play with some of that as well.”

Winchester House may be a horror film, and a supernatural thriller, but the Spierig brothers do know that the real story has serious themes which are still relevant today.

“When we were working on the movie we certainly were aware of the political aspects of making a movie that is about a woman who’s haunted by gun violence, and is making her fortune from that violence,” Peter Spierig explained. “So we were completely aware of that. We wanted to make sure that it was in the film, that it is an element of the film, but it is certainly not front and center. What we ultimately want to do is tell a story about a really unique and interesting woman who’s haunted by the past, and make a fun and hopefully really terrifying haunted house movie. I think some of the best genre pictures, certainly horror films, there’s a little bit more going on than just the scares, and that’s what we tried to do.”

Winchester creeps into theaters on February 2, 2018.

Another Nokia 10 sketch hints at penta-camera setup, of sorts

Rain or Shine, These are the Best Weather Apps

The Best Gifts For Avid Readers And Book Worms

How to unlock your Mac with Apple Watch

Facebook is Working on a Voice Assistant for Oculus Devices, Portal & More

Slime Pizza, Swift Playgrounds, and other awesome apps of the week

How to Control a Chrome Extension’s Permissions