Why Tesla, Uber, and disruption are good things for the car business

Doug Newcomb is a columnist for Autoblog and has been covering car technology for nearly 30 years as an editor for Car AudioandElectronics, Road & Track,Road Gear, and Edmunds.com and as a contributor for Rolling Stone,Wired, and other publications. He’s a frequent speaker at automotive and technology events and produces his own series of conferences under the C3 Group brand. Doug owns an 1996 Chevy Impala SS and is often mistaken for a cop when driving in it.

Automotive industry titans like General Motors’ Mary Barra and Daimler’s Dieter Zetsche have declared that the automobile industry will change more in the next decade than it has in the last 100 years due to technology. While no one can predict exactly how this transformation will unfold, I often compare it to the advent of the internet 20 years ago.

I’m old enough to remember that getting an airline ticket in 1997 typically required a trip to a travel agent, sharing pictures usually meant printing them on paper, and you had to wait months to get car racing results from the automotive buff books. So imagine if you could teleport back two decades and tell someone that in 20 years not only would these scenarios become antiquated, but people will post pictures of their meals online, you’ll be able to watch car (or cat) videos 24/7, and that POTUS would be sending out 140-character missives that would rattle world leaders. They may suggest you lay off the weed for a while.

Because of technology, I believe the car industry is currently at a similar uncertain but greenfield phase. It’s why Ford’s push into smart mobility recently resulted in a shake up of its C-suite, why Daimler is making sizeable investments in a wide array of car- and ride-sharing services, and why almost every automaker is spending millions to enter the self-driving derby. For the first time, car companies are also finding themselves competing in this brave new world against tech giants such as Google and Apple and upstarts like Uber and Tesla.

As someone who has covered car technology for almost three decades, I believe this is a great time in automotive – and the best is yet to come. But as with every tipping point in the history of tech and even transportation (in the 1800s some thought that the female body couldn’t withstand the high speed of trains), there are those who will resist change. 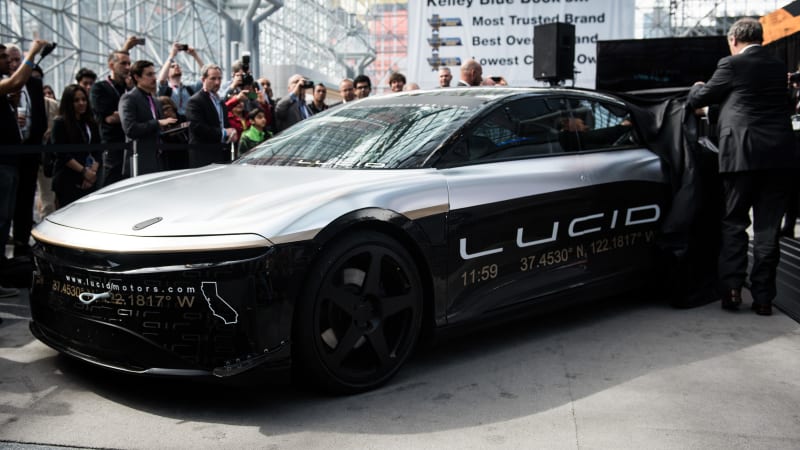 Every time a grizzled car enthusiast grumbles to me about technology encroaching on the sanctity of the cockpit and that people should “just learn to drive,” I respond that they ought to be glad that all the less-skilled, potentially distracted people on the road have, say, lane-departure or blind-spot warning onboard. And such driver assistance systems and eventually fully autonomous vehicles have the potential to not only reduce traffic fatalities, but also help alleviate road congestion and associated costs in terms of wasted fuel and time. Let’s not forget that technology has also brought us lightning-fast electric vehicles like the Tesla Model S, Lucid Air Alpha, and NextEV’s NIO EP9.

As a motorhead/tech geek hybrid (I spent my initial driving years pulling parts at junkyards to keep a series of secondhand cars running, and even more time squeezed underneath dashboards installing stereos), who has covered car technology for almost three decades, I’m fully embracing the disruption we’ll see in automotive over the next decade. And I look forward to covering these changes in regular columns for Autoblog and bringing insight and context to the dramatic transformation occurring in personal transportation.

After all, you can’t halt progress. And going backwards would be like using a travel agent to book flights, driving to the pharmacy to have pictures printed, or waiting for a magazine to get car racing results.

Ruby on Rails is out: major coding bootcamp ditches it, due to waning interest

Forza Motorsport 7 review | It's everything you expected

Apple supplier Japan Display bailout talks could be worth $830M

Niantic’s Harry Potter: Wizards Unite is a sorcerous smorgasbord for the Pokémon GO…

How to Control Margins in Google Docs

TCL has just teased a 5G smartphone at CES 2020

DeepMind now has an AI ethics research unit. We have a few questions for it…

Powerbeats Pro Water Resistance Test: Find Out What Happens if You Drop Apple’s…

Vaio’s SX12 proves small laptops can have all the ports