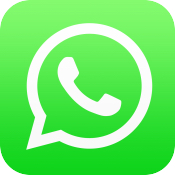 China has reportedly started blocking some features of the WhatsApp messaging service, as authorities continue to tighten controls over the country’s internet.

WhatsApp users began reporting problems with sharing content on the chat platform yesterday, with many unable to send video and pictures. Despite initial fears of a communications-wide ban of the Facebook-owned service, text-based messages within the app appear to be unaffected.

WhatsApp’s reach in China is small compared to homegrown chat service WeChat, which boasts 900 million users but is routinely subjected to state monitoring and censorship. However, Chinese users concerned about privacy have increasingly turned to the encrypted WhatsApp platform to communicate with friends and relatives as well as businesses abroad.

Facebook and Instagram have remained blocked by China’s Great Firewall since 2009 and 2014, respectively. Encrypted messaging service Telegram was also blocked inside China after it became popular with the country’s human rights lawyers, while several domestic VPNs – which are commonly used to evade censorship and access services abroad – were recently shut down after authorities said they were unauthorized to run.

China appears to be clamping down on potential sources of politically sensitive news as it prepares for a major leadership reshuffle in Beijing. The event happens every five years and often leads to a tightening of online controls to project an air of stability in the country. The death of jailed Nobel peace prize laureate Liu Xiaobo last week also spurred censors into action, with commemorations on WeChat reportedly blocked by authorities.

(Via The New York Times.)

Note: Due to the political nature of the discussion regarding this topic, the discussion thread is located in our Politics, Religion, Social Issues forum. All forum members and site visitors are welcome to read and follow the thread, but posting is limited to forum members with at least 100 posts.

How the death industry is going digital

Lamborghini: Aventador SVJ will have the best power to weight ratio and handling

Here’s how to turn Live Photos into a video

How to AirPlay to HomePod without an active internet connection

Samsung Galaxy Note10 and Note10+ US prices revealed, to start at $949