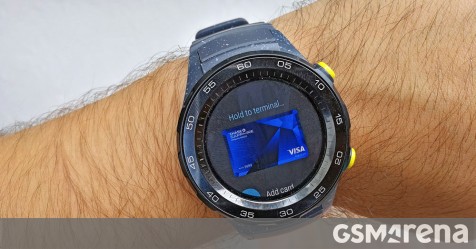 First reported by Android Authority, Google’s Wear OS app has been updated on the Play Store to make launching Google Pay faster than before. It used to take upwards of 8 to 10 seconds to launch the NFC Payment app so any shortening of that time is a welcome addition.

Aside from quicker Google Pay launch times, events and appointments have been redesigned to appear more glanceable. Finally, the last update note is a fix for a time zone bug that wouldn’t sync the correct time to the wearable when traveling across time zones.

The update for the app was pushed out on July 20 and can be downloaded on the Play Store. The good thing about this is an entire Wear OS update isn’t needed for these fixes, so anyone with a Google Pay supported smartwatch running Wear OS can head to the Play Store and download the update. In fact, you might already have the update and not even know it.

Let us know if you see a noticeable improvement in the time it takes to start a Google Pay transaction on Wear OS.

Apple's Tim Cook to speak at Loveloud Festival on July 28

Nokia sales grew throughout 2017, reached a total of 8.45 million units

Sound shaping technology to be funded by RAEng

Assassin’s Creed Origins: The Hidden Ones DLC Available Now on Xbox One

Twitter fixes another important problem with support for 50-character usernames

Arlo Video Doorbell launches with large field of view, but no HomeKit

Another bezel-less Sharp arrives on TENAA