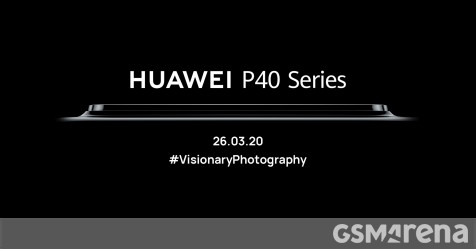 The Huawei P40 flagship lineup is about to go live. We expected to see at least three new phones in the online launch that you can watch on YouTube below, starting 2 PM CET.

During the launch, we expect at least three new phones – a vanilla Huawei P40 with three cameras, Huawei P40 Pro with four shooters, and the beast that is likely to be the Huawei P40 Pro Plus likely to bring a five-camera setup. We rounded up all the teasers, rumors and leaks, where you can read what to expect from the phones.

Usually Huawei introduces more than just smartphones at its flagship launches. This time we expect to see the Huawei Watch GT 2e that will be a sportier refresh of the Watch GT 2, announced several months ago.

During the launch, Richard Yu, CEO at Huawei, is expected to reveal some sales numbers, how the development of HMS is progressing and perhaps a new EMUI 10.1 version.

Google previewed its VR ad prototype and we’re not fans

How to reset your AirPort base station

Review: The $990 Unagi e-scooter is sleek, powerful, and light

Hands On With Project Stream, an Impressive First Attempt at Game Streaming from…