Watch Englishman get hit by a bus, stand up, walk into a pub 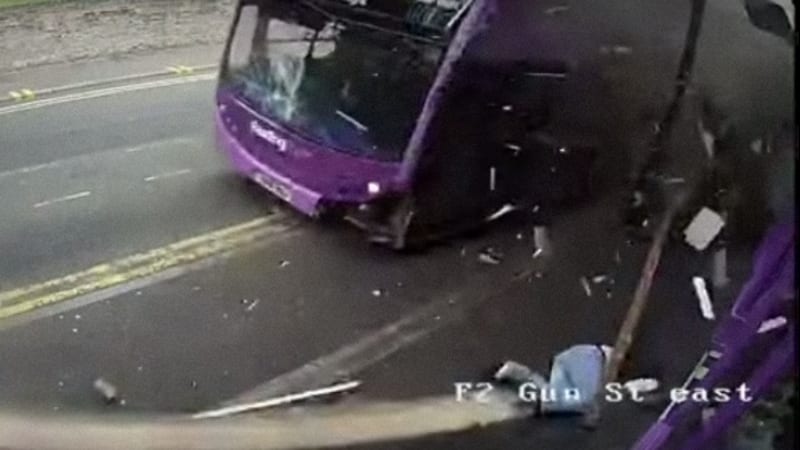 A man in Reading, England, was sent flying after being struck by a city bus. In a totally understandable move, he got up, dusted himself off, and walked straight into a pub where he’s been drinking for 20 years. Unfortunately, the pub wasn’t yet open. Watch the whole thing on the video above.

The Telegraph reports that Simon Smith is recovering from injuries after being knocked about 20 feet when a Reading bus swung wide, jumped the curb, and plowed into him. In addition to hitting Smith, the bus took out a good portion of the front of the pub, The Purple Turtle.

The video shows the bus come in far too hot around a right-hand turn. Smith turned to look just before being hit. The bus has been parked, and the driver has been taken off the road while the accident is being investigated.

The extent of Smith’s injuries isn’t clear, but it was initially misreported. Emergency workers first thought he was hit by debris, not the bus itself. Smith’s wife says he’s in pain but is expected to recover.

Weekly poll results: flat screens preferred, but not overwhelmingly so

Samsung finally allows you to disable the Bixby key

Hands on: Putting Dr. Mario World for iOS under examination

These 5 augmented reality apps show the future of the iPhone

Chromatic Edges Brings an Old-Style Touch to Your Photos