Without question, the biggest thing that happened in iOS gaming this week was the disastrous Pokemon Go Fest that took place in Chicago last Saturday the 22nd. The event was hyped to unbelievable levels in the Pokemon Go community, particularly as exclusive in-game rewards for attending were teased. This led to people from quite literally all over the world flying into Chicago to participate in what was thought to be the premiere Pokemon Go event. Having been to large Pokemon Go meetups where cellular networks were crippled by the people in attendance, I was curious to see how Niantic was going to solve inevitable connectivity problems.

Right around the time the event was set to start, massive server problems and crash bugs hit Pokemon Go. Then, as more people started flowing through the gates, cellular networks were so crippled that it was incredibly difficult to get online to even attempt to connect to the game. Throw in the exquisite misery of an unbelievably hot and humid Chicago summer day, people who paid anywhere between hundreds to thousands of dollars to travel to the event, and a game that straight up doesn’t work, and you were left with crowds eager to boo and heckle any Niantic representative that took the stage. 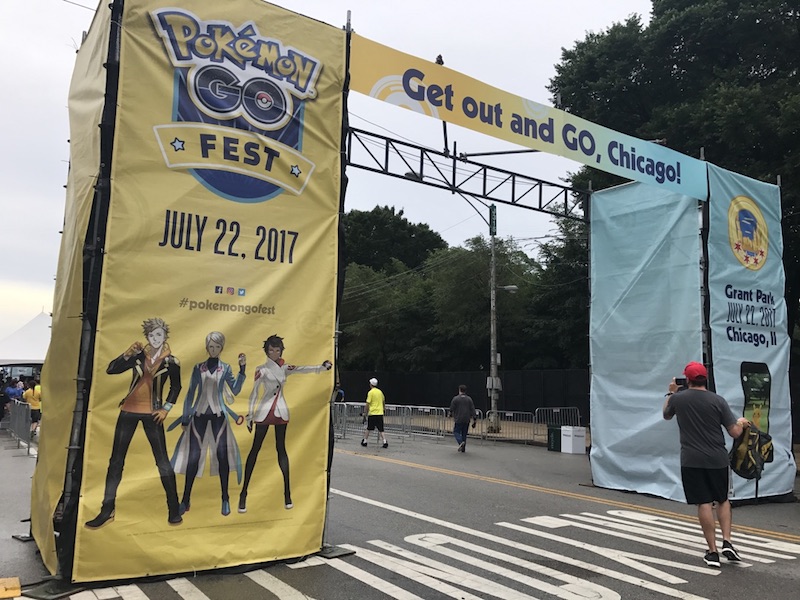 This eventually resulted in Niantic refunding everyone’s tickets, along with giving all players who came $ 100 worth of premium in-game currency as well as the legendary Pokemon Lugia. I’ve posted more details on the day over on TouchArcade, and we discussed it on our podcast, if you want to dive even deeper into the Pokemon Go Fest fallout.

In other news, we’re huge fans of both Demon’s Rise as well as its sequel, Demon’s Rise 2. They’re highly strategic turn-based games that don’t reinvent the strategy RPG genre, but instead just execute it really well on touch devices. Another game from the same developer titled Strike Team Hydra is due to launch in mid-August and we’re super-excited for a continuation of gameplay reminiscent of the Demon’s Rise series, but set in a futuristic environment. Strike Team Hydra is definitely a game to keep an eye out for in the future.

Don’t say I never gave you anything. pic.twitter.com/Ud30sW4DeY

To coincide with the new season of Rick and Morty premiering this Sunday, Pocket Mortys is continuing to get loads of new season three content. If you haven’t tried the game yet, it’s easily among the best Pokemon-likes on the App Store, except instead of catching Pokemon you’re catching Mortys. It’s free to play, but the monetization scheme is very player friendly. Rick and Morty fans will find loads of in-jokes, and everyone else will just find a really competent lightweight RPG battler.

One thing we’ve kept our eyes on waiting for it to go anywhere is mobile virtual reality. Google Cardboard and Galaxy Gear-like headsets are a good (and low cost) way to get involved in virtual reality, but none of the “mobile” VR headsets out there are really that portable. A Swedish startup aims to solve that problem with the “Moggles,” a pair of VR goggles that compact down into a case that’s significantly more portable than existing solutions. I’m still not sure what the killer app is for mobile VR, but at least the headsets are getting better?

The Elder Scrolls: Legends has finally been updated to be universal, which should greatly grow its playerbase if Hearthstone’s path to success was any indication. Legends is another digital collectable card game, but with a level of complexity that should satisfy hardcore card gamers. For more information, check out our interview with Pete Hines, Bethesda’s VP of PR/Marketing.

Last, but not least, is a huge update for Phoenix II which adds support for the 120 Hz screen of the new iPad Pro. It’s impossible for me to capture in video just how much of a difference this makes when playing the game, but needless to say, if you’ve got a new iPad Pro you need to give this game a shot. It really wouldn’t surprise me if Phoenix II found itself on the demo iPads on the Apple Store, as tons of fast moving objects on the screen at high refresh rates do a great job of showing off the screen.

That’s all of the big stories from this week, but as always, if you’re interested in iOS gaming and want to easily keep your finger on the pulse of the mobile gaming scene, check out TouchArcade. We post this kind of stuff, along with news, reviews, guides, and more all week long.

The Best Lightning Cable for Your iPhone or iPad

Hack your productivity with this $10 Tim Ferriss led course

Apple to Develop Kids Programming in Partnership With Sesame Workshop

Rambus to acquire IP and secure protocols business from Verimatrix

Mobility startups: Apply to exhibit for free as a TC Top Pick at Disrupt SF ‘18

Most Useful Siri Commands on macOS

Russia Tests Its Alternative to the Open Internet

App News Rewind: Save the Date for the Big Apple Fall Event 2017