A few years ago, after driving the new Mercedes-Maybach S600, we joked, with a kind of sanguine hope, that the next Maybach-branded vehicle would be an extended wheelbase, G65, landaulet. The recent release of the stretched, blown, recumbently seated, half-convertible G650 proved that we weren’t far off. This either demonstrates our preternatural psychic powers, or the eminent predictability of the contemporary global super-rich: they want to be ruthless, rested, and topless.

The arrival of the E-Class Cabrio, which has a much more moderate if still exclusive-ish price point, is similarly predictable, if positioned quite differently. It exists to fill in Mercedes’ three-by-three car lineup, giving Benz a sedan, coupe, and convertible in each of three sizes, C, E, and S. 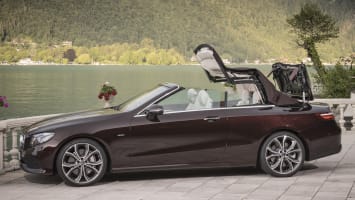 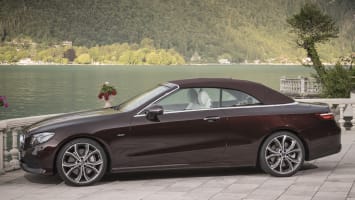 Things were far less predictable twenty-five years ago when Mercedes took a risk and chopped the top off the indefatigable and sublimely angular W124 coupe. At that time, in the early Nineties, the convertible market was considered moribund, the victim of new safety rollover regulations and the incipient threat of a soft-top ban in the US. The three-pointed star’s lineup of retractable roofs had dwindled to one, the SL roadster.

We are now in a golden age of Benz convertibles. Would you believe it if we told you that the brand makes seven? In addition to the aforementioned C, E, S, and lunatic G, there’s the SLC, SL, and GT. This is more than any other contemporary manufacturer by a wide margin. Why? Well, as the brand’s head of product planning told us, “Because people love them. People reward themselves with a convertible.” And the Mercedes-Benz brand exists firmly in the reward paradigm. 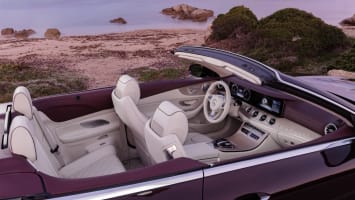 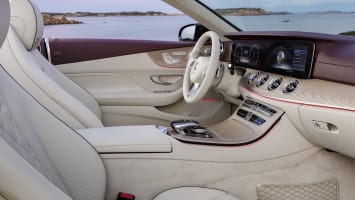 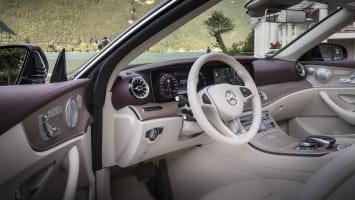 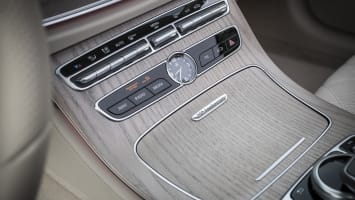 The car is suitably rewarding, and excels especially in being precisely what an E-Class convertible should be. This means not quite as sporty as its smaller brother the C-Class Cabrio and not quite as stately as its older brother the S-Class Cabrio. To wit, every other Benz convertible can be had with an AMG motor, either for blistering performance or sheer profligacy (or both). Not so the E. It is the middle child, the bridge: stolid, dignified, and splendid without ever being aggressive. It aims to please without disrupting. It’s a peacemaker. The adjustable suspension has three settings. Not surprisingly, neither the tetchy Sport Plus nor the pliant Comfort is ideal for this car. It prefers the middle option, which is called Sport, but might as well be called Proper.

Of course, it is not, like the dancers at some methy rural strip club, topless and toothless. Equipped solely with a twin-turbocharged 329-horsepower 3.0-liter V6, as well as a nine-speed automatic transmission, and available with or without Mercedes’s 4MATIC all-wheel-drive system, it has plenty of gidd-E-up. More than enough, in fact, to conquer the twisty and vertiginous Alpine terrain in which we tested it out, skirting the entwined borders of Switzerland, Italy, and France. It did, however, require more than its own power to make its way up to a stark, 4,000-meter viewing platform just beside the peak of Mont Blanc, the tallest mountain in Western Europe, where it was displayed simply for majesty, as is Mercedes’ custom at these kinds of things. It arrived via construction chopper; we arrived via terrifying, rotating cable car. 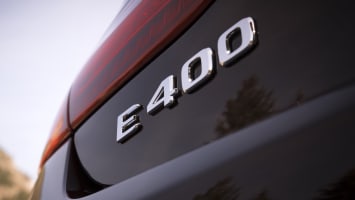 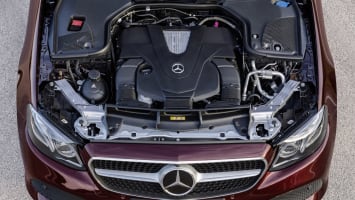 Because Europe was in the midst of high summer heat wave, this chilly summit parking spot gave us our only opportunity to test the car’s clever Warmth and Comfort package, which allows multi-season toplessness. This optional suite included not only the brand’s patented Airscarf in-headrest vents, which blow warmth on the nape of your neck like a silent picture suitor, and quick-heating front and rear seats that toast your buns like a Fourth of July barbecue. It also has segment-exclusive elements in the steering wheel, and door and center console armrests that provide an additional blanket of coziness. In-floor and in-dash radiance cannot be far behind. The rest of the interior is similarly cosseting, with materials, design, and details that in some ways surpass the elegance of the pricier S-Class. (That will be remedied very shortly with the S’s mid-cycle refresh. Expect wowing.)

The nearly 90-degree weather did give us the chance to test just how well the AC works with the top down. We can attest that it literally blows, though it cools best with the four windows up, the windshield top-mounted Aircap spoiler deployed, and the rear parcel shelf-mounted wind-blocker raised, at which point much of the breezy pleasure of a convertible is vanquished. You can’t have it all. Yet. 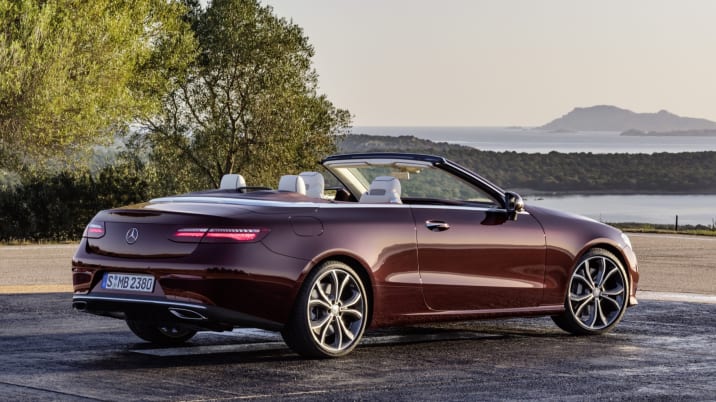 The seven-mile tunnel underneath Mont Blanc provided us with our best opportunity to the latest Distronic suite of camera-, laser-, and radar-based driver assistance technologies. Strict, camera-enforced speed and following-distance limits, and a well-marked and straight stretch of roadway, proved an opportune site for this system, which will not only allow the driver to release the wheel for a minute or so, and to change lanes autonomously by simply flicking the turn signal lever, it will also read the road signs and automatically slow down to a new posted speed limit. That’s handy when the police, border patrol, and army are all clustered around the tunnel’s exit. We did not get ticketed, deported, or drafted, so it must have worked.

The Cabriolet’s price is also easy to predict. It will be right around the same as the outgoing model, in the high $ 60,000 range for the rear-wheel-drive version, and a few grand more for the all-wheel drive. Its arrival in showrooms is similarly unsurprising. Mercedes says it will happen in late 2017, just in time for that ultimate reward paradigm, the winter Holidays. We predict it will be well received.

The PCIe 5.0 Specification is Now Available, Before PCIe 4.0 Has Even Shipped

Fortnite won’t be on Google Play, so here’s how Android users can get it

Oppo Find X in for review – watch the unboxing video

Twitter's ad 'Transparency Center' is a good first step, but…

Here’s why VR will put movie theaters out of business