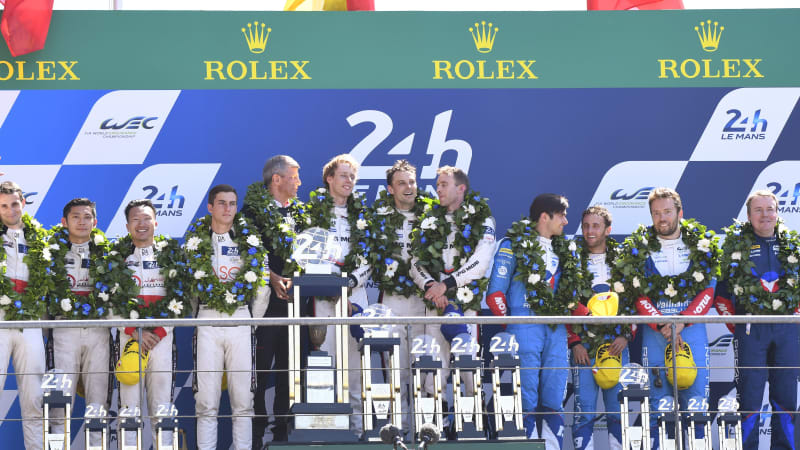 The second tier LMP2 team intended to appeal, organizers added on Monday — a day after the race finished at the Circuit de la Sarthe.

That would be a double for the LMP2 team backed by the Hong Kong action movie star and stuntman, whose other car finished second behind winners Porsche.

The Automobile Club de l’Ouest (ACO) said in a statement that technical marshals had found a modification to the number 13 car’s bodywork that was not in compliance with the rules.

Media reports said a hole had been made to give access to the starter motor without having to remove the engine cover and rear bodywork.

Watch: Siri will translate for you in Apple's iOS 11

3.33 years after its release, someone actually beat Threes

QubeTown is an Animal Crossing-Style Fantasy Adventure for Mobile, Out Now

This Polaris off-roader is a mini beast

3 more Pokémon games are coming to the Nintendo Switch, including 2 this November

2019 was a huge year for quantum computing

IoT: Digital transformation and IoT to up investment in IT operations management…

Xiaomi teases another look at its foldable phone