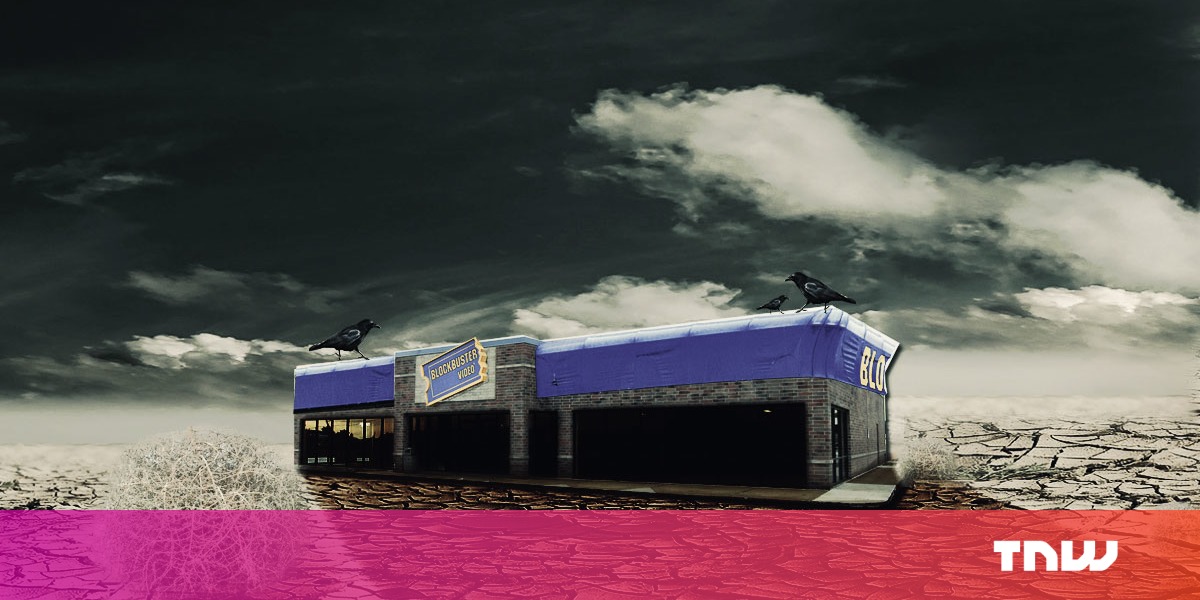 It’s the end of an era as two more Blockbuster locations are set to close, leaving only one lonely location in the US. With no potential mates, the species is doomed to extinction.

At the peak of Blockbuster’s popularity there were more than 9,000 locations dotting the US. Now there’s just one. Conservation efforts by John Oliver, host of HBO’s “Last Week Tonight,” have apparently failed.

Blockbuster filed for bankruptcy back in 2011 and closed its last corporate store in 2014, signalling it was closing down all operations. There’s even a parody account on Twitter claiming to be “The Last Blockbuster,” but until yesterday there were actually still three remaining.

The owner of the final two locations still operating in Alaska announced the upcoming closures via Facebook:

To all of our valued customers,We regret to inform our customers that Blockbuster Video will be closing both the…

And now there’s only one left in the US. Here’s the twist: the final location isn’t in Alaska, as Oliver’s fans might suspect — it’s in Oregon. Manager Sandi Harding was surprised to hear about the Alaska closures, she told the Anchorage Daily News:

Alaska had always been — I always thought they’d outlast us. If you’d asked me 14 years ago, there’s no way I’d thought we’d be the last one. It just seems a little crazy.

Most pundits assumed Blockbuster locations in Alaska would remain open due to poor broadband coverage. But, it turns out, progress is inevitable. Despite the fact both locations are still pulling a profit, owner Alan Payne says it no longer makes sense to renew either store’s leases, which expire in August. He told the Anchorage Daily News:

It’s always kind of a kick in the pants every time we close a store. But it’s been going on for so long that the shock has worn off, frankly. This is not going to come back. We can’t string this out any longer without creating some financial problems.

The harsh realities of modern business are that the world only has enough room in it for one Blockbuster Video store, but don’t worry: according to Harding, the Oregon location has no plans to close down anytime soon.

Read next: Photoshop is reportedly coming to the iPad – for real this time

Your Mac’s Photos Library is important. Make a secondary backup of it using sync…

The Virtual Melds With the Real in Chained: A Victorian Nightmare

Nintendo makes over Dr. Mario for iOS and Android

How to add Low-Power Mode to Control Center in iOS

iPhone X Production Picks Up, Bottlenecks Could Be Resolved Soon