Theme Solitaire is a Tri Peaks Spin-off with Fairytale Characters 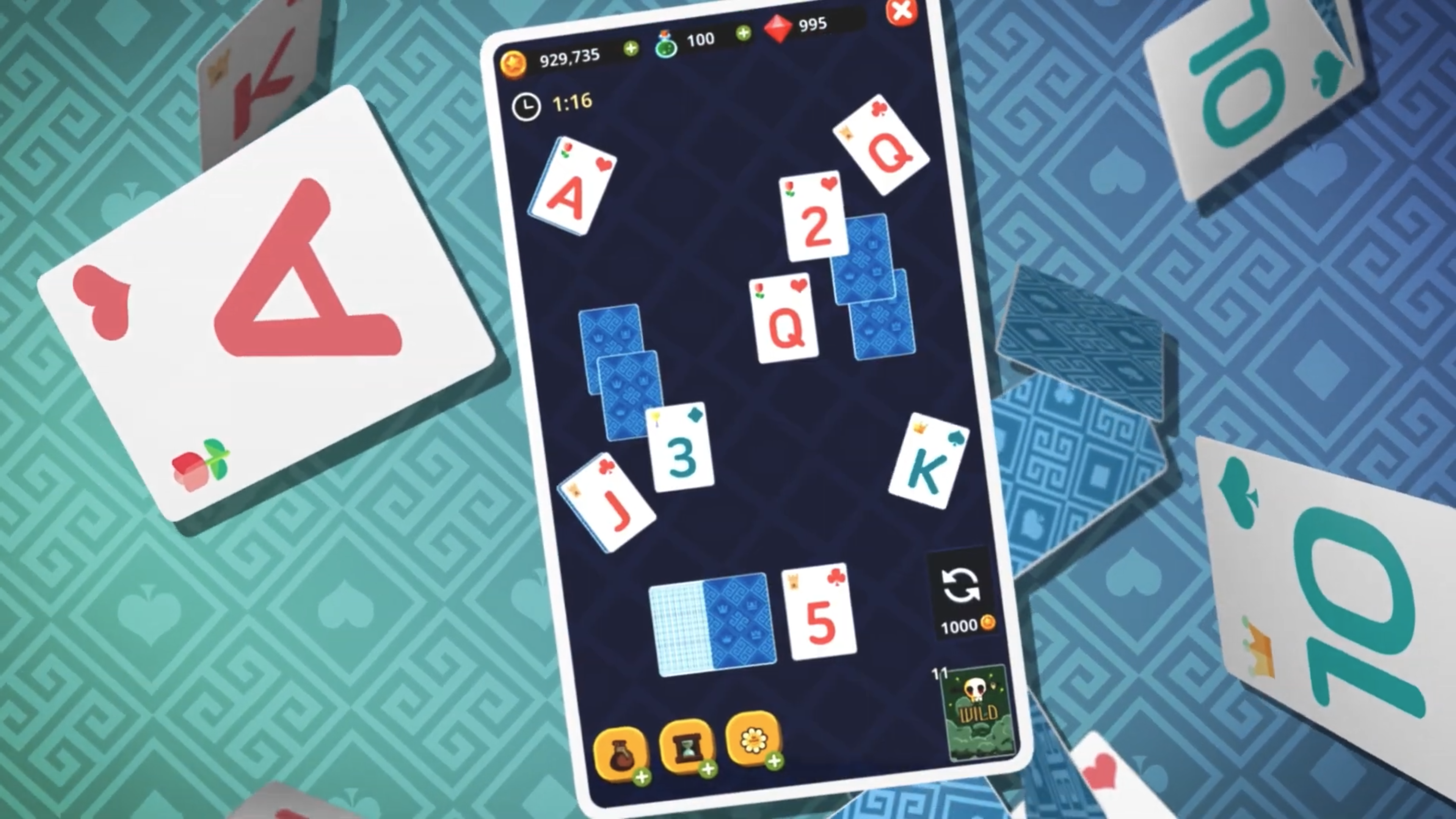 That was before the casual gaming explosion, which ushered in a thousand variants of solitaire and filled them with fireworks, cure characters, and hyper-addictive reward mechanics.

Theme Solitaire is the latest solitaire spin-off to hit the app stores, and it’s shaping up to be one of the best.

Based on a variant of solitaire called Tri Peaks, it sees you clearing decks of cards by eliminating the number immediately above or below the number of the card at the bottom of the screen.

If you can’t manage that – i.e. if an adjacent number isn’t face-up on the screen – you can tap the pile to bring a different card up on the bottom of the screen, or you can spend a bit of gold to undo your last move.

That’s the essence of it, but Theme Solitaire augments this simple solitaire gameplay with all kinds of bells and whistles (figuratively speaking – there are no actual bells or whistles in the game to our knowledge).

Instead, there are adorable little people, and a growing tower. Plus, there are special abilities, which you gain by gathering materials and using them to make artifacts.

Tri Peaks solitaire is a bulletproof gameplay mechanic, but developer Buff Studio has lit a fire under it with boosters, traps, and special cards.

And that’s just the core card stuff. Outside that there are quests, mini-games, and bonus games to complete, ensuring you’ve always got plenty to keep you busy.

It looks great, too, with 200 stages based on 11 fairytales, including Peter Pan, Alice in Wonderland, and Jack and the Beanstalk.

Theme Solitaire is looking like another great casual solitaire game in the tradition of Fairway Solitaire and others. It’ll be free to download when it arrives.

Download now on the App Store and Google Play.

Photoshop for iPad should be released soon with missing features

How to Connect Your Android Device to a Projector

How to quickly share your current location on iPhone

China's Zotye prepares to enter US by 2020

‘Subnautica’ Will Be Free on Epic Games Store Starting Next Week

Screenshots for Zone of the Enders: The 2nd Runner – Mars Unveiled

How to stop Siri from snooping on you

The Best Hair Straighteners For Detangling And Smoothing Your Hair

Dialog and Synaptics reported to be in talks

Best Apps of the Week February 21