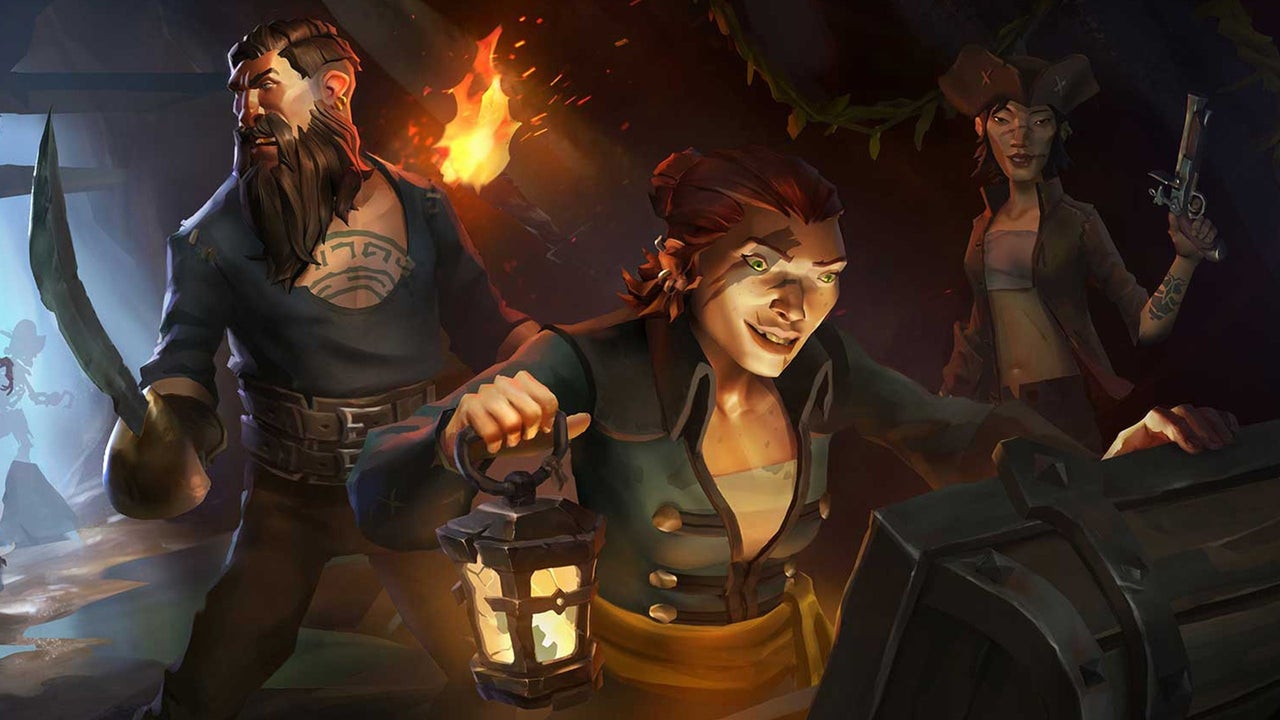 There really is something magical here. The question is, Is there enough of it?

My preliminary hours with the Sea of Thieves closed beta were spent wrestling the Microsoft Store into submission and pondering question after question about the game’s progression, replayability, and the PC version. It wasn’t a pretty start, but the more time I spent with Sea of Thieves the more enamored I became with its emergent potential. Somewhere between stumbling onto a magical weeping chest that flooded my hold with tears, and my first successful player versus player piracy I realized that no matter how many hours Sea of Thieves proves capable of providing me at launch, it will be time well-spent.

Sea of Thieves has a lot going for it: a unique immersive setting, a surprisingly accessible learning curve, and possibly the best looking water of all time (which you can witness in glorious detail in the videos below.) But not even the dazzling glimmer of that perfect ocean can outshine the radiance of the game’s most outstanding quality: its impeccable multiplayer design, which coerces cooperation and inspires emergent gameplay. Nowhere is this more apparent than onboard your chosen vessel. Here, controlling your speed, navigating to your destination, and indeed staying afloat all necessitate communication and coordination between you and your crew. This reliance on your fellow pirate is enhanced by a nearly nonexistent HUD, which is blissfully free of waypoints or a minimap. All of these elements add up to a dynamic and thoroughly enjoyable multi-crew vessel experience, where no one is idle for long and no task feels like busy work.

After spending a dozen or so hours at sea I’ll concede that many of my worries were put to rest, but not all of them. In fact, my time with the Sea of Thieves closed beta ended up exacerbating two of my most significant concerns, the first of which being that aesthetics are not enough. I wholeheartedly believe that Sea of Thieves would benefit greatly from some form of mechanical progression, especially one which enhances the capabilities of my ship. Currently the only non-aesthetic unlock is the blunderbuss. This weapon represents a significant power increase, and after unlocking it I found myself grappling with a greatly deflated sense of purpose. Some of the aesthetics (especially those which require building reputation with a specific faction to earn) are quite alluring, but I‘m scarcely motivated to undertake voyage after voyage in hopes of affording new socks. Part of me is also irrationally concerned that unwanted microtransactions could be justified by the aesthetic-only nature of the progression.

My most memorable experiences were a result of drifting well off course to chase a player’s ship or explore an interesting landmark, the latter almost always turning out to be a fruitless endeavor.

My second prevailing concern is about content, plain and simple. While I did stumble onto interesting chests unrelated to my current voyage, the rest of the world as it exists in the Sea of Thieves closed beta is noticeably empty. This is doubly concerning, as the main “Gold Hoarder” voyages proved somewhat repetitive. My most memorable experiences were a result of drifting well off course to chase a player’s ship or explore an interesting landmark, the latter almost always turning out to be a fruitless endeavor. There will be two additional factions in the full game at launch, which could triple the amount of emergent goodies found throughout the world, but only time will tell.

Combat in the Sea of Thieves closed beta is simplistic to a fault, especially where the game’s swordplay is concerned. Rare has stated that combat is only a small part of the experience, but I don’t necessarily find that to be true. Running down other players is easily a stand out experience, and skeletons abound where treasure can found. With a whole faction set to dole out combat missions in the full game I feel that gunplay, and moreover swordplay could use a revamp before launch.

Finally, for those looking to play on PC I have both good and bad news. I was happy to find an acceptable suite of graphics customization options, that are at the very least a start. Furthermore my crossplay experience with Xbox players was flawless once I actually got past the Microsoft store. On the flip side while keys can be rebound, you’ll still be relying on radial menus. Annoyingly the “1” key will ready your saber, and “2” will draw your pistol, but to access the blunderbuss and sniper rifle you’ll need to use the scroll wheel?! Most of all, I experienced unacceptably low frame rates relative to the specs of my high end PC, more optimization is definitely needed here.

Despite my numerous existing concerns, Sea of Thieves is a journey I’m eager to undertake when it releases in March. I hope that the communities feedback will have time to be addressed before launch, as I truly believe in the sky high potential of this emergent adventure. For all things Sea of Thieves, including a full review, check back to IGN.

James Duggan is the most tyrannical pirate to ever sail the Sea of Thieves, he’ll sink your ship, grief you, and leave the treasure floating in the ocean just to satiate his unquenchable bloodlust. Follow him @ThuggnDuggn on twitter!

VRgineers Want to Build a Cheaper XTAL Headset for Consumers

Some Brilliant Ways of Seamlessly Integrating Instagram into Your Web Design

OnePlus 7 Pro is now available in the US and Canada

How I kept my iMac running for a decade

How to use Depth Control on iPhone XS and XS Max

Amazon is paying employees to tweet nice things about its warehouses

Android 10 review: All the new features and functionalities

How to Set Up and Use Photos on Your Mac