The rumored Samsung Galaxy Watch will come in two sizes

A new bunch of FCC documents that were published today reveal that the upcoming Samsung Galaxy Watch will be launched in two different sizes. 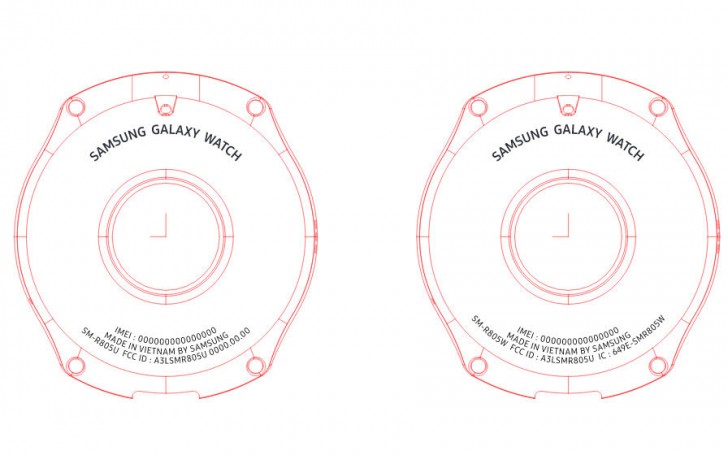 In this FCC document, you can see the two sizes side by side and the slight differences between them. Based on these CAD drawings, the larger Samsung Galaxy Watch could be a sportier variant based on the shape of its chassis while the smaller one has a more traditional smartwatch design with tabs and the space for interchangeable watch bands.

Both models would carry the same name and they support the same wide variety of LTE bands as well as Wi-Fi 2.4GHz b/g/n. The larger model has model number SM-R805 while the smaller one is SM-R815.

Twitter makes ‘likes’ easier to use in its twttr prototype app. (Nobody tell Jack.)

Memorial Day Deals: Save on Apple Devices and Accessories from Twelve South, Mophie,…

The Equifax Breach Might Have Been a Foreign Intelligence Operation