The newest iOS – things you surely did not know 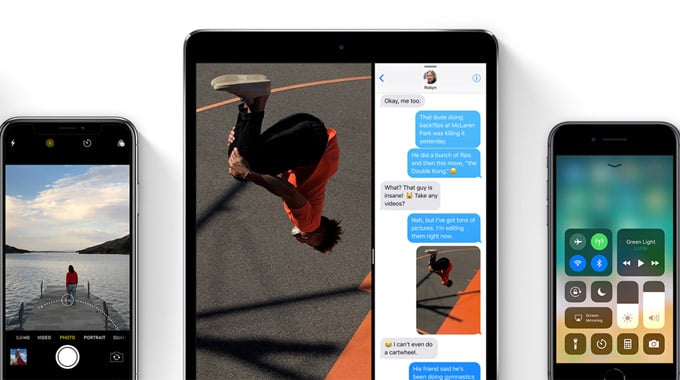 Since iOS 11 was launched, everyone is hyped with its potential and new features. Even though Apple users were already used to the interface of iOS, the latest version surprised everyone with its major changes in term of appearance and features. Since both iPhone 8 and X were launched some while ago, it was almost impossible for Apple not to launch a OS version that is compatible with the newest, powerful phones. If you’ve been completely tired with the bugs you’ve encountered while using your iPhone lately, then this is good news: they are all fixed. See below what’s new about the latest version of iOS.

iOS 11 reached its peak with the features it involves, but what about the appearance changes present on all Apple devices? Well, when using your iPhone, you will now have the amazing opportunity to swipe down from the top and see your notifications panel whenever you desire. This panel looks exactly like the lock screen, but here is the trick – you no longer have to lock your phone in order to see your most recent notifications, which are now organized by date. Another big change would be the Control Center, which will pop up when you swipe up from the lower side of your iPhone. Here, the toggle behavior is different, and you can quickly turn your Wi-Fi off and on whenever you desire.

iOS 11.2 came with some visual bug fixes as well, not to mention the many other ones related to various in-app issues (Mail, Calendar, Calculator, Messages, Setting etc.). Also, have you heard about macOS High Sierra? Read a laptop review and you will definitely be amazed.

With the new iOS, Apple introduced a feature that most people find extremely useful: Apple Pay Cash. With this recent feature, users can pay/get paid right on the spot, using the integrated Messenger app on iPhone or by simply asking Siri to do so. You don’t need to install any additional app and Pay Cash is going to use the cards you’ve probably already set up in your Wallet. What does Apple Pay Cash involve? A valid credit card, a device that runs iOS 11.2 or later and a valid Apple ID. Read the terms and conditions before making any payment and make sure that Pay Cash is available in your country.

iOS 11.2 present on the new iPhone X, 8 and 8 Plus allow users to wirelessly charge their phones faster than ever. With previous versions of iOS, the Apple devices mentioned before were able to charge at 5 watts, but with this new version the value jumped up to 7.5 watts. Specialists measured the values and found out that having a case on your device may slow down or even stop the wireless charging feature. Yet, you might want to opt for wireless charging since it’s quicker than the traditional, wired 5 watts power adapter.

Huawei is working on Snapdragon 710 competitor dubbed the Kirin 710

Bad Dudes Vs. DragonNinja Punches Its Way To Switch Next Week

AMD, Nvidia up, Mediatek, Novatek down in fabless review.

Samsung Galaxy A10e now available at AT&T; phone is $1 per month with the…

Get Hoppy in Brew Town, a Craft Beer Simulator

The Samsung Galaxy Note 9 has a codename

How to Add Another Face to Face ID on iPhone

Uber hit with lawsuit for not providing wheelchair-accessible cars

HQ Trivia's Scott Rogowsky: 'There Are Other Games in the Pipeline'