Subaru now claims to have the fastest sedan to circle the Nurburgring. Its (deep breath) WRX STI Type RA NBR Special finished a lap of the famed German racetrack in an incredibly fast 6:57.5. That’s just half a second behind the Porsche 918 Spyder hypercar.

Of course, this WRX STI is a specially-built racecar, a rather distant cousin of the WRX STI Type RA production car that takes its name from this race car. The Type RA NBR Special is an upgraded version of the car Subaru took to the Isle of Man time trial last year, where it broke Subaru’s old record. The car was built by Prodrive, and it features a 2.0-liter turbocharged flat-four made for rally use. It now makes over 600 horsepower at 8,500 rpm, which is 50 more than it made last year. 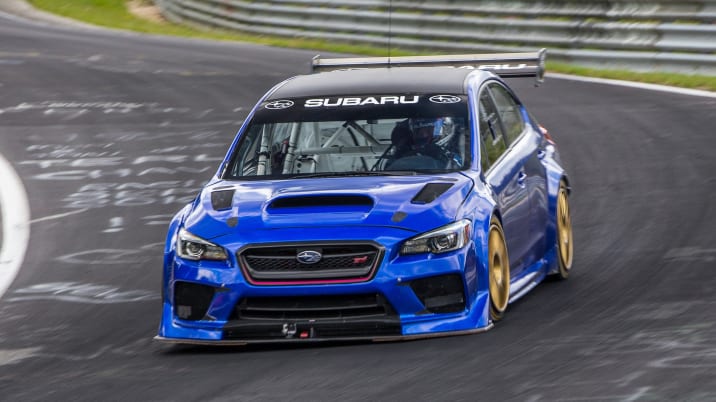 The aerodynamic aids have been updated, and they provide 650 pounds of downforce at the car’s top speed. The car still has the power-adjustable rear wing from last year. At the press of a button, the driver can change the angle of the rear wing to reduce drag and increase speed on straights. Supporting the power and aerodynamic upgrades are 9-inch wide slick tires at each corner, and a rally-spec sequential transmission that can shift gears in 20 to 25 milliseconds.

GKN in talks with U.S.-based Dana over auto unit sale

6 reasons why Latin American valuations are lagging behind Silicon Valley

Today in Apple history: Google comes out of beta

Jump Back in Time and Enter the World of Gone Home