Spotify is racing to sign up users before Apple Music can, even at the expense of its finances. Spotify’s second quarter as a public company saw mixed performance compared to estimate as it reached 83 million paid subscribers, up 40 percent year-over-year and up 8 million from its 75 million count last quarter. Spotify now has 180 million total users, coming in at the high end of its guidance with a 5.9 percent quarter-over-quarter growth rate, though it added fewer users than last quarter.

But Spotify saw trouble with its finances. The company had €1.27 billion ($ 1.49 billion) in revenue, up 26 percent year-over-year and in line with estimates, but it missed big on EPS where it saw a loss of -€2.20 compared to estimates of -€0.68. Spotify saw a net loss of €394 million and operating loss of €91 million this quarter, showing it’s still a ways off from becoming profitable under the heavy strain of its high royalty payments to record labels and artists. Spotify shares were down about 0.8 percent in pre-trading hours. 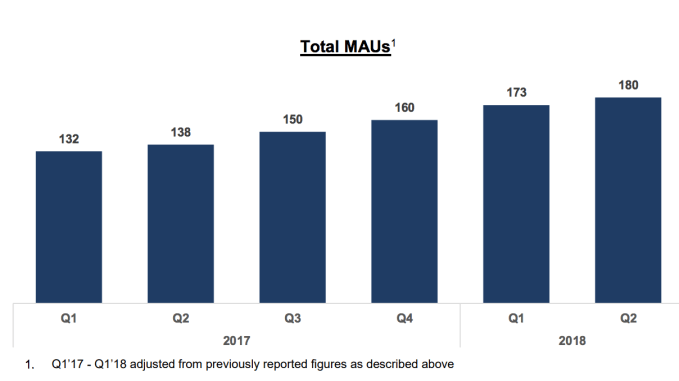 For comparison, Apple Music has 40 million subscribers, though is rumored to now possibly have more in the US than Spotify. Spotify now says it has 31 percent of its subscribers, or 25 million in North America as a whole.

Forecasts for Q3 see the company expecting 188 to 193 million users and 85 million 88 million paid subscribers, with €1.2 billion to €1.4 billion in revenue. During the earnings call, CEO Daniel Ek explained that it’s not a record label, “nor do we have any interest in becoming a label”, dispelling myths that it was becoming one because it licensed music directly from artists who own their own rights. Ek said these deals were not exclusive. 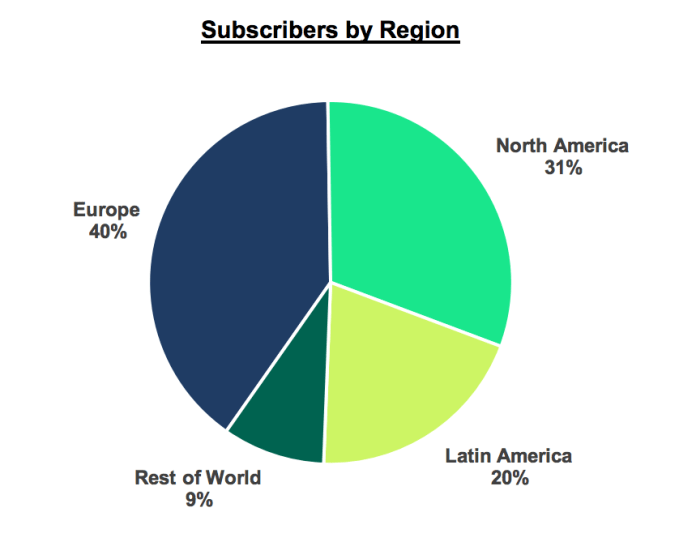 As for podcasts, where Spotify may not have to pay as much to creators, Ek said “it’s growing really, really fast” but that that it was unclear exactly how big the opportunity is long-term.

Spotify’s average revenue per user also dropped 12 percent this quarter. because it used promotions like a $ 13 bundled subscription with Hulu to attract more subscribers. Still, that could be a smart bet for Spotify long-term. Music isn’t going anywhere, so whichever streaming service can lock in subscribers now by gathering personalization data and getting them to build playlists could earn monthly fees from them long into the future.

Power could be shared wirelessly between future MacBook and iPhone

If you want to remember your wallet or password put a RING on it! $250 accessory can…

How to Run Ping (Network Diagnostics) on Your iPhone

Instagram now shows when you’re on the app, and here’s how to stop it

Can’t launch your apps on macOS Catalina? Here’s the fix

Facebook will offer you $40,000 to find the next Cambridge Analytica

Switch to the G7 ThinQ if your phone is slow, says LG (helped by Aubrey Plaza)

Samsung Galaxy Tab A2 leaked out in live pictures