Winners for the 11th annual iPhone Photgraphy Awards were announced on Thursday evening, selected from among thousands of entrants, representing 140 countries from around the globe. 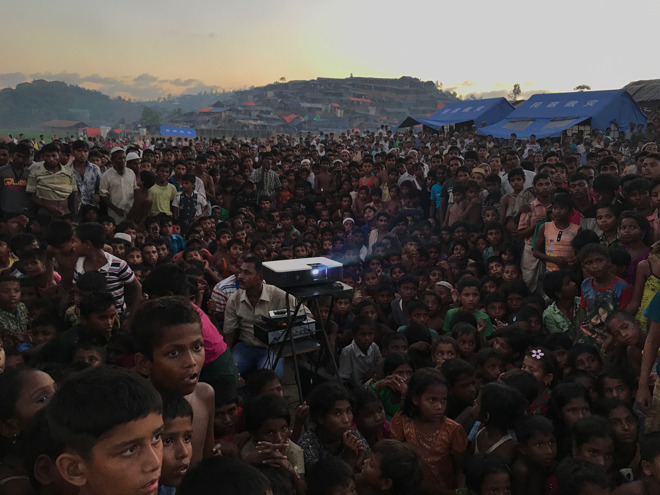 An annual affair, these awards are given to the best in iPhone photography.

This years grand prize winner, Jashim Salam from Bangladesh, shot his entry “Displaced” on an iPhone 7. It depicts “Rohingya children watching an awareness film about health and sanitation near Tangkhali refugee camp in Ukhiya”.

Other winners include Alexandre Weber from Switzerland, Huapeng Zhao from China, and Zarni Myo Win from Myanmar.

Google, Microsoft concerned that a Broadcom acquisition of Qualcomm will benefit…

How to use Mojave’s fancy new screenshots tool

Twitter rolls out its ‘Hide Replies’ feature to all users worldwide

How To Stream The Macy’s Thanksgiving Day Parade 2019

How to Shoot Your Camera Handheld at Slow Shutter Speeds

AI Index 2018: The AI Boom is Worldwide and Accelerating