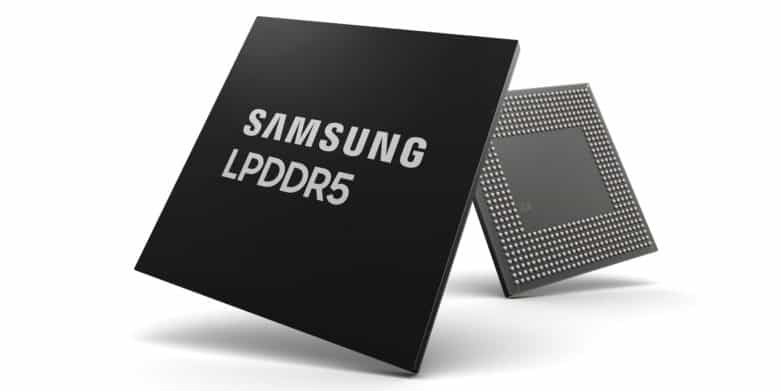 Samsung developed a type of RAM that’s 1.5 times faster than what’s included in smartphones today. And, even though Apple and Samsung are arch rivals, it’s very likely to be in iPhone someday.

By doubling the number of memory “banks” – subdivisions within a DRAM cell – from 8 to 16, Samsung promises that its new memory uses less power, even though it’s much faster.

LPDDR5 offers a range of energy-saving methods, including a ‘deep sleep mode’, which cuts the power usage to approximately half the ‘idle mode’ of the current LPDDR4X DRAM. That’s how it  can use up to 30 percent less energy.

The LPDDR5 is the industry’s first 10-nanometer class DRAM, though the company lawyers are careful to note that “10nm-class” is a process node between 10 and 20 nanometers. Decreasing the distance between components on a chip saves power, while also speeding up performance.

In the 5G iPhone?

Samsung says this RAM is for “upcoming 5G and Artificial Intelligence (AI)-powered mobile applications.” Put another way, the company sees it being used in “next-generation smartphones and automotive systems.”

Whether future iPhone models will use LPDDR5 is anyone’s guess, as Samsung certainly didn’t promise that today. However, RAM chips in every iPhone and iPad model for years have been made by this S. Korean company. And while Apple designs its own processors, and there are rumors it’s considering producing 5G modems, there have been no hints it’s considering making RAM chips.

Why EVs could help teach UK consumers the price of electricity

Public binging on Netflix is more popular than you think

Indie Gem ‘Vanishing Realms’ to Get a “full expansion within weeks”

How to Change a File Type's Default App in macOS