Updates typically fix bugs, but sometimes things go wrong – the last update for the Galaxy S10 phones was pulled as it caused stability issues for many. It seems that now this update is getting re-released, hopefully with all the bugs patched up.

Currently, the update is rolling out in Switzerland, that’s where the original update started too. If no issues arise, it should expand to other regions shortly after. This is an important update as it enables Bright Night mode as well as using the telephoto lens in Live Focus mode. 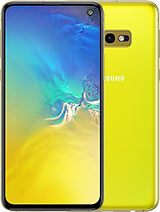 Opinion: How likely are reports of Apple moving production out of China?

Geek Trivia: What Was The First TV Show To Use Computer Generated Models?

The New Microsoft Edge Browser Will Have an ‘IE Mode’

Syte snaps up $21.5M for its smartphone-based visual search engine for e-commerce