T-Mobile has started pushing out a new update to Samsung Galaxy S8/S8+ units on its network. Arriving as version G950USQU1AQGA and G955USQU1AQGA, respectively, the update – as per information on the carrier’s website – brings several system improvements.

As clear from the screenshot below, the update – which weighs in at over 130MB – also includes Android security fixes for July. 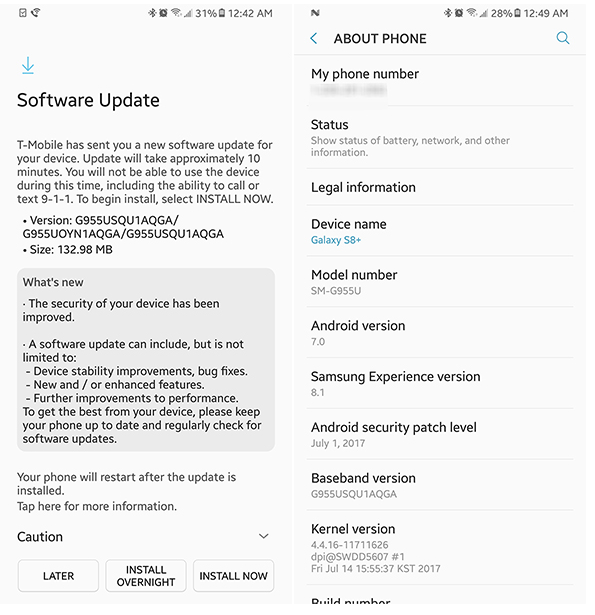 Reportedly, a UMTS 911-related change is also included. Given that the roll out has just begun, it may take time for the update to hit your device

HBR: What AI Today Can and Cannot Do for Your Business

Go Behind the Scenes on The Lost Bear

What Is A Wide Area Network (WAN)?

iPhone repairs could become much cheaper thanks to these laser machines

Magna has Plan B if Slovenia car plant plan stalls

Open standard for smart home connectivity to be developed

How to change the Siri voice on iPhone, iPad, Apple Watch, Mac, or HomePod

Yes, you can train Face ID to unlock while wearing a mask

'Life is Strange: Before the Storm' headed to Mac, 'Fruit Ninja'…