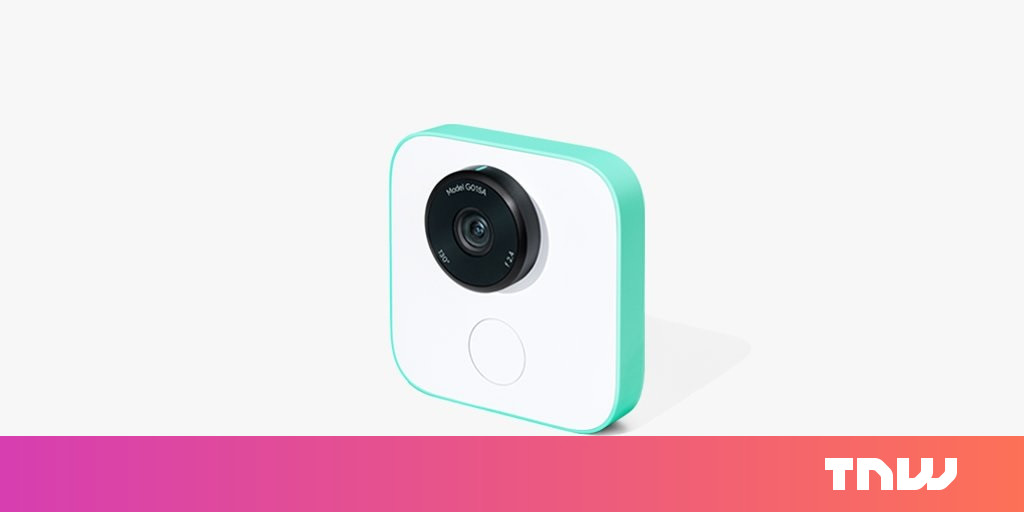 Google purged Clips, those tiny little cameras that could fit in your palm and which would take pics of you autonomously, from its store, meaning they join the graveyard of products quietly killed off by the company.

The company revealed Clips two years ago. The conceit behind them is that you’d put them in strategic areas around your home or wherever you wanted to make memories. It’d detect ideal lighting or framing, and take photos of its own accord — which, in theory, sounds like something that’d provide some great candid shots or video clips.

But surprisingly, having a camera taking pictures of your family of its own accord didn’t exactly endear itself to customers, especially not for the princely sum of $ 249. Or I assume that’s why. It could also be that, according to rumors, the Clips weren’t actually that proficient at taking good pics and users would frequently have to filter through hundreds just to find one or two decent shots. Either way, RIP Clips.

I felt a pang when I saw the story break on 9to5Google, not because I used Clips myself, but because I covered their initial reveal at the Pixel 2 event in 2017. I found them kind of fascinating — this is the kind of bizarro tech people in the past pictured would be super commonplace by this point in history (or I assume, anyway; I’m not a time traveler, I swear).

But it makes sense the company would trim some fat before the release of its next round of hardware. Hindsight being 20/20, now that they’re gone, it’s kind of amazing that Clips ever made it out of the planning stages. They just didn’t seem like something that’d appeal to a great deal of people.

In addition to Clips, Google also shuttered its Daydream VR platform and said it would no longer be supported by the latest Pixel phones. The original Pixel Buds also vanished from the store — though in that case, it’s likely because they’ll be replaced with new models early next year.

Meanwhile, the company is putting all of its efforts in the new Pixel 4, the Pixelbook Go, and of course Stadia.

OMG someone made a robot that legit transforms into a car

Update For Gran Turismo Sport Will Be Released Next Week

Sensor Tower: App Store revenue to more than double by 2023 thanks to subscriptions