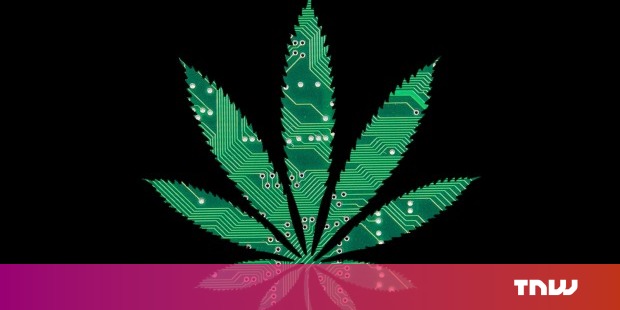 A recent study published by a team of researchers from Lancaster University and The University of Lisbon indicates long-term cannabis use could result in damage to the human brain. We’re not sure how they managed to come to that conclusion however, because the study was conducted using neither cannabis nor humans.

While the study was widely reported, with news sites in several languages declaring that scientists had potentially determined the harmful side effects of habitual cannabis use, it was science news site Inverse that pointed out the problem. The researchers didn’t use cannabis.

Here’s what happened, per a Lancaster University press release: “Researchers from Lancaster and Lisbon universities studied the effects of the cannabinoid drug WIN 55,212-2 in mice and found… ” the press release then goes on to say that WIN 55,212-2 appears to demonstrate long term negative effects in the brains of mice. To paraphrase them, this stuff makes mice dumb and forgetful — and not in a funny way.

Basically, if you’re a habitual cannabis user, this is your worst nightmare. Except it isn’t, because the “cannabinoid drug WIN55,212-2” isn’t THC or CBD – the chemicals in natural cannabis that do what good weed does – it’s actually a synthetic cannabinoid designed to work on the exact same parts of the brain as THC and CBD.

Let’s talk about the differences between cannabis and synthetic weed. There are no confirmed accounts of cannabis, alone, being the cause of anyone’s death. When a news outlet reports a “Baby boy is first marijuana overdose death, doctors claim,” it’s being sensational.

This article from The Washington Post explains why there were a bunch of news outlets reporting a baby died of marijuana poisoning last year. Just like the researchers this article deals with, a doctor presented cannabis as a villain in a case where it clearly was not. Eventually the doctors who made the claims completely walked back their statements and definitively said that cannabis did not cause that child’s death.

So, again, there’s never been a confirmed death from a cannabis overdose. But, synthetic weed resulted in the deaths of more than 300 people in Washington DC alone in just the past two weeks.

What is synthetic weed? We’re glad you asked. The people dying all over the world right now from smoking fake weed are, typically, overdosing on something called K2 or Spice (like all synthetic drugs it has a bunch of other names too). This is usually some potpourri that’s been sprayed with a chemical substance containing a combination of synthetic cannabinoids.

Let’s be fair: The researchers never said they used real cannabis, and they certainly disclosed that the testing was done on mice. They even pointed out in the white paper that the trials were conducted for 30-day periods. So, while they never said they conducted “long term” research on “humans” using “cannabis,” they did say “The study has implications for both recreational users and people who use the drug to combat epilepsy, multiple sclerosis and chronic pain.” And that would lead a reasonable person to assume they mean cannabis, not K2 or Spice. Even the press release is titled “Lancaster University research shows cannabis affects memory.”

This isn’t just a misunderstanding, it’s a huge issue. Legitimate cannabis research is hard to come by. It’s not legal everywhere and it’s difficult to get funding because of the stigma surrounding its position as an illegal drug in many areas.

But, veterans with PTSD, parents with children who suffer from crippling seizures, people contemplating a cannabis cream instead of an opiate pill, or anyone else weighing the decision to try cannabis shouldn’t be tricked into using information that doesn’t pertain to them when they make important life decisions.

An observation, no matter how scientifically accurate, on how a mouse reacts to a chemical that’s not cannabis doesn’t indicate that “long-term use of either cannabis or cannabis-based drugs impairs memory” as that press release from Lancaster University begins.

The conversation on the health benefits of cannabis is muddied by this misleadingly presented research. And it isn’t fair to those who end up needlessly suffering. A cancer patient shouldn’t have to be ashamed of easing their pain with cannabis because a bunch of scientists determined that synthetic weed is dangerous to mice.

Read next: MoviePass never had a chance

MoviePass never had a chance

How to Keep Your Mac and Apps Up To Date

How to Record Phone Calls with a Mac

Get Ready To Batter Up, 2020 Super Baseball Is Coming To Switch Next Week

Counterclockwise: Nokia genetics and the features it evolved

Top 10 Ways to Make Money on the Internet

Ford, Mazda expand 'do not drive' warning to additional pickups