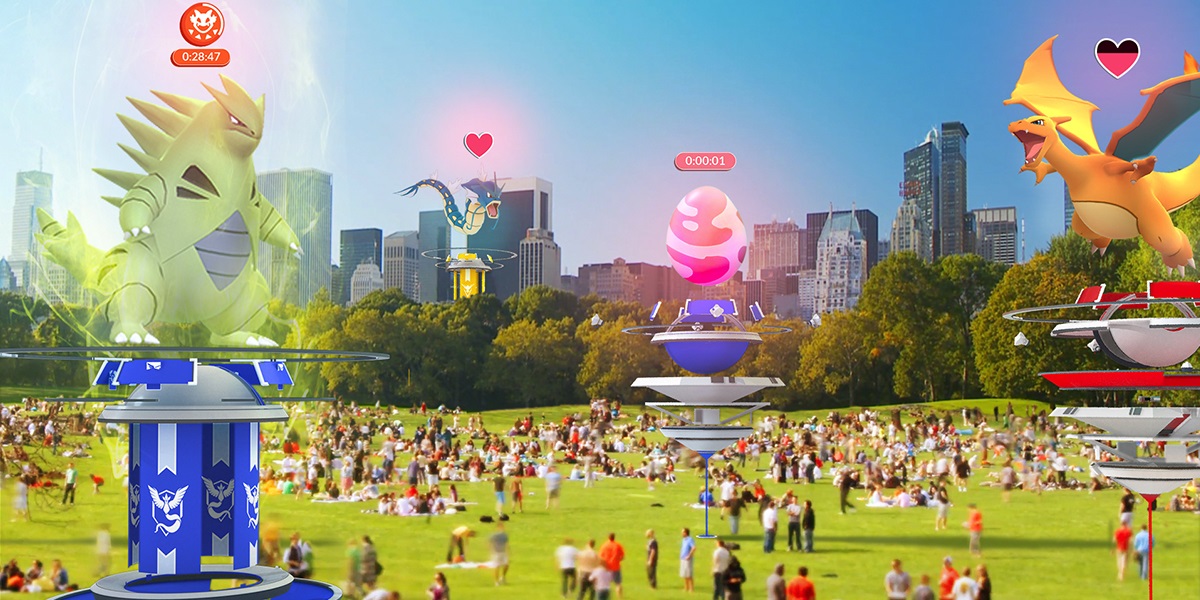 Pokémon GO is getting a major update this month, incorporating gameplay from older Massively Multiplayer games in order to keep its audience hooked.

Today, Niantic revealed the collection of changes that are coming to the game. The most immediate change will be noticeable at the gyms. Gyms in GO will now have slots that can be filled with the controlling team’s monsters. These guardians lose “motivation” over time, making it easier for players to defeat them, and encouraging players to keep coming back to the same gym for more battles. That’s a dramatic change, but not the one that excites me (or potential new players) the most.

The more interesting feature, in my opinion, is raids. At some point soon, Pokémon GO players will be able to participate in raids on larger, more powerful Pokémon by teaming up with other locals. This was foreshadowed in GO‘s debut trailer, which showed a huge crowd of people teaming up to catch Mewtwo.

The idea of “raids,” or multiple players teaming up to fight a single large boss, is not new. Similar mechanics have featured in mega-popular MMOs like World of Warcraft, Everquest, and Final Fantasy XIV.

Niantic CMO Mike Quigley teased this development at TNW’s European conference in May, stating, “The capture mechanic is fun, but you’re a lone wolf, you’re going out there on your own. Maybe you’re with friends, but there’s not that, kind of, connected experience.”

Quigley said Niantic hoped to improve this disconnect, and getting players to collaborate on raids has been proven by multiple online games to get players to make friends in a hurry. To be one of the 20 participants, players need a raid pass. They can get these from gyms, or purchase them with real money — because this is still a freemium game we’re talking about.

It seems Pokémon GO is finally using gameplay mechanisms that have kept MMORPG players coming back for years in order to spruce up a flagging fanbase. While Niantic CEO John Hanke reports the app has 65 million monthly active users, other data — such as a chart provided by Recode earlier this year — suggests that Americans, at least, are losing interest.

Embracing tropes from more entrenched cooperative multiplayer games would be a good way of reinvigorating Pokémon GO in time for its first birthday this July.

Brainlab Releases Interactive Anatomy Viewer Based on Magic Leap One

Instagram Stories will soon be available outside the app

If you want to grow your business, start by increasing your social media following

Become a Prison Boss from Inside Your Cell on HTC Vive

Microsoft and Apple working together to resolve iCloud for Windows compatibility…