When the windows of Australia’s most iconic Apple Store were covered on January 5 to keep curious eyes from peeking at a major renovation project, the world looked different. Apple had emerged from 2019 after opening and remodeling 66 stores. Budding developers around the world were sharing insights together at Code with Apple creative sessions.

As the window wrappings fell this week, the balconies of Apple Sydney looked onto a George Street transformed as much as the store itself. The shining glass curtain is now a promise to passersby of a future with events and energy — a future with fun. Sydney’s quiet reopening, safety procedures and all, is a milestone for the country. Every Apple Store in Australia is now open following temporary closures due to the COVID-19 pandemic.

Apple Sydney’s new look preserves the store’s signature architecture while adopting Apple’s latest retail designs. Just inside the front door is a staple in every redesigned Apple Store: a Today at Apple Forum with an 8K video wall. While creative sessions aren’t possible right now due to the need for social distancing, an engaging lineup of programming will arrive at the flagship store someday. Exclusive performances and labs with leading artists are often held at Apple’s top stores. 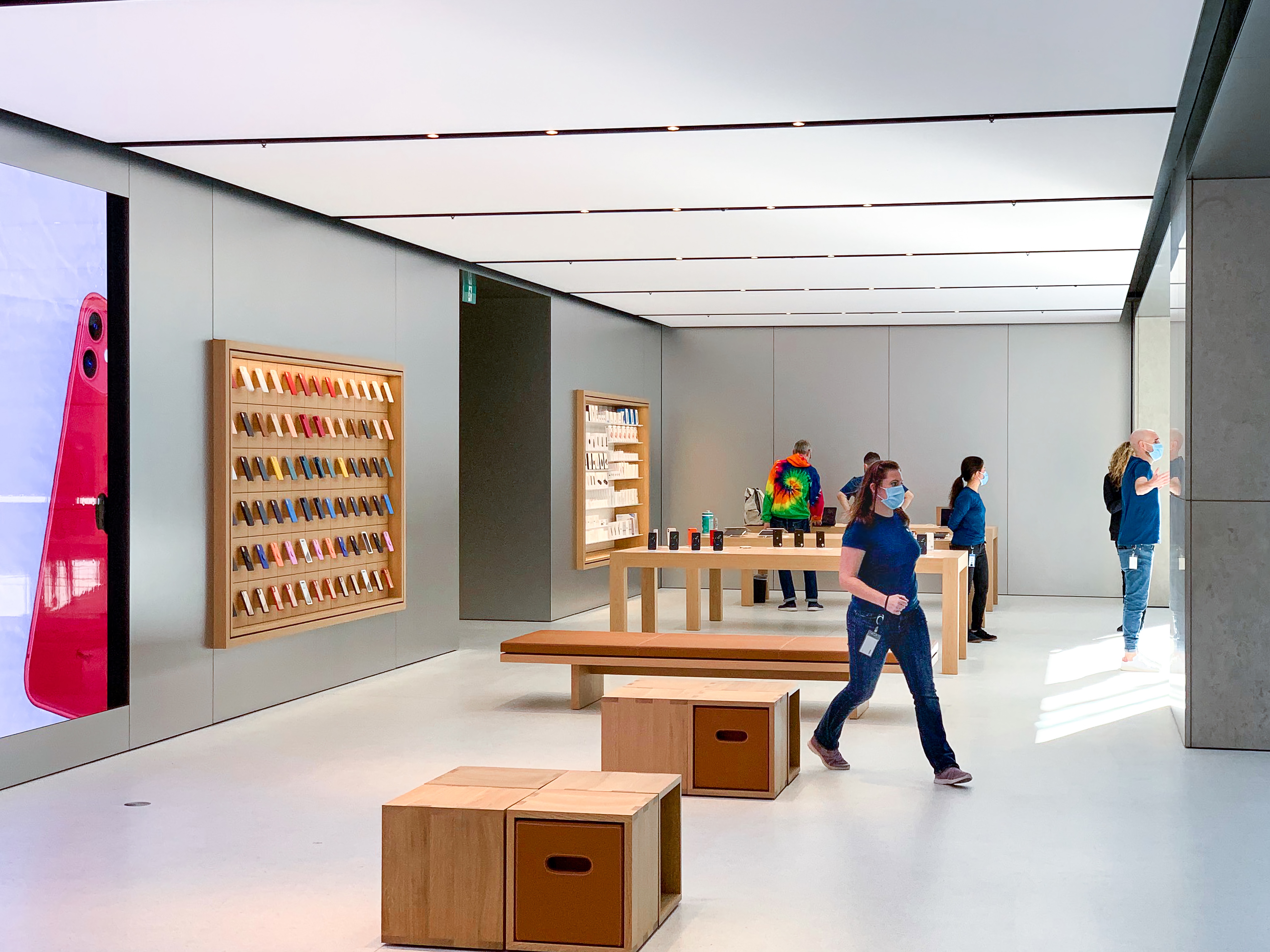 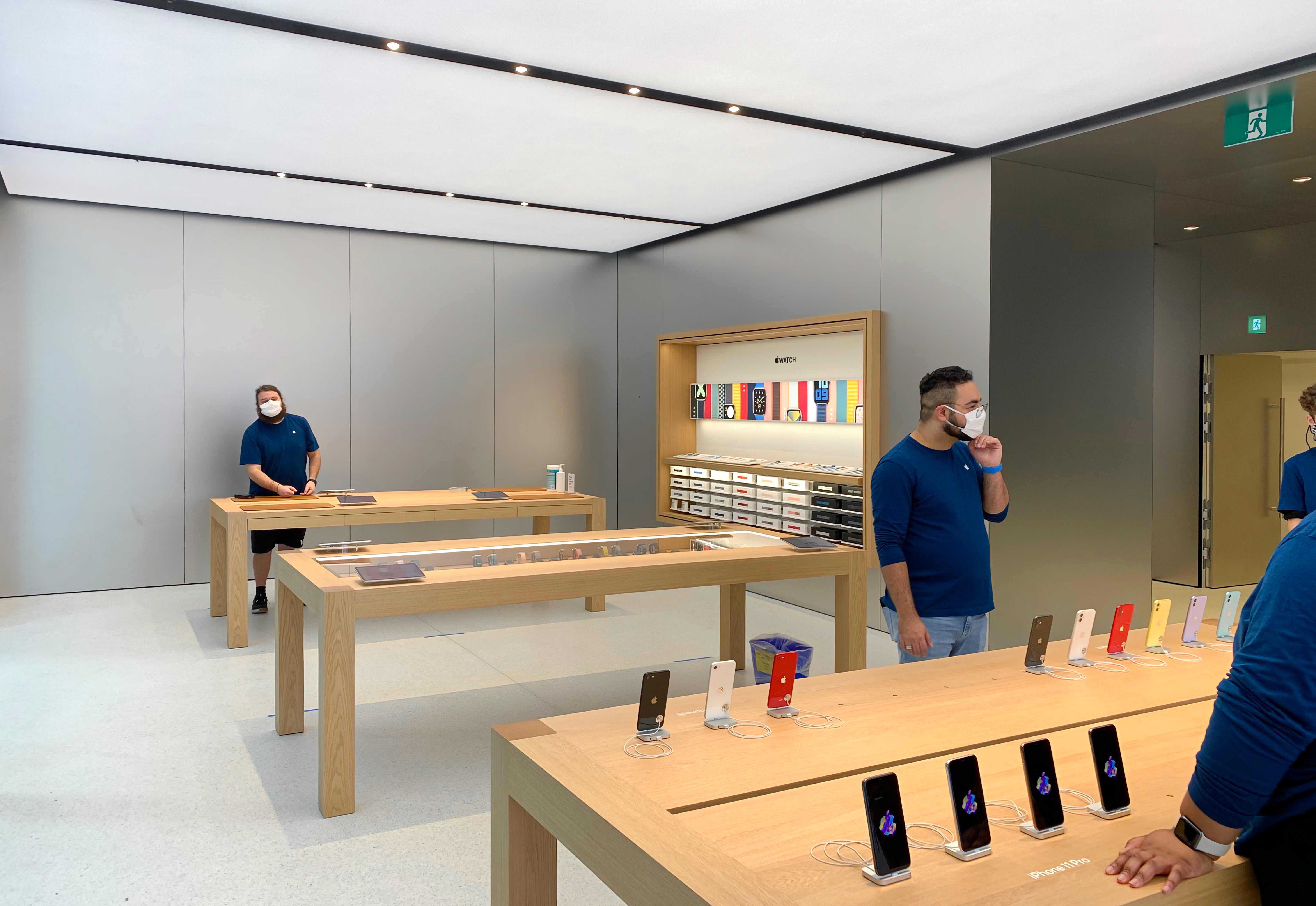 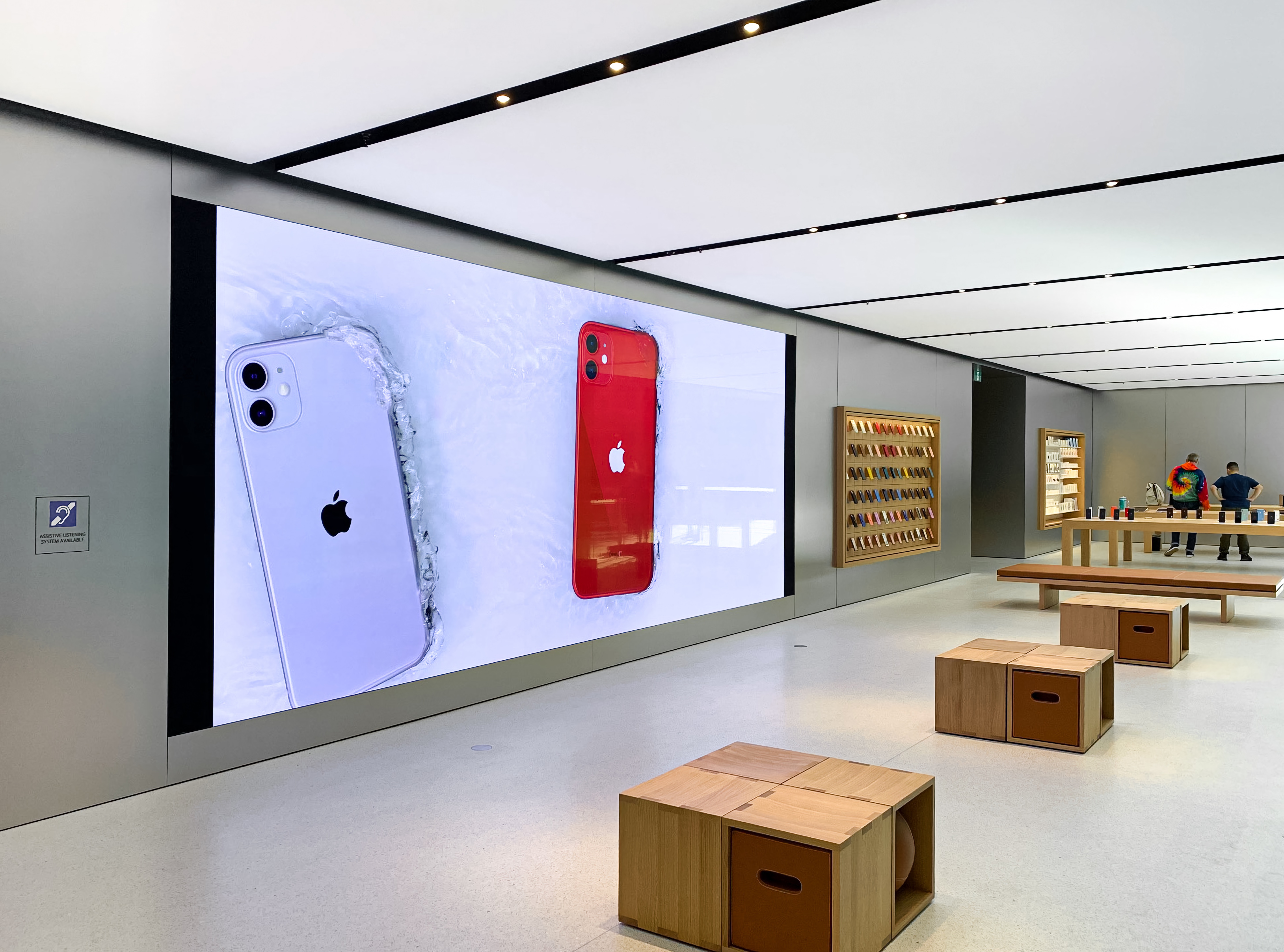 Every surface at Apple Sydney has been given attention down to new stainless steel panels. Even the store’s three-story glass facade will glow a bit brighter thanks to an entirely new lighting system. The Membrane Ceiling — Apple’s name for LED panels covered by woven glass fabric — stretches across every every floor.

The old tile floor was swapped with more durable white terrazzo. Product counters have been transformed into Avenues, the same displays used at Apple Stores in Robina and Chadstone. A new Boardroom behind the main store and glass staircase will host creative guests and business clients. On the third floor, you’ll even find miniature versions of the green walls that headline Sydney’s neighboring store, Apple Bondi. 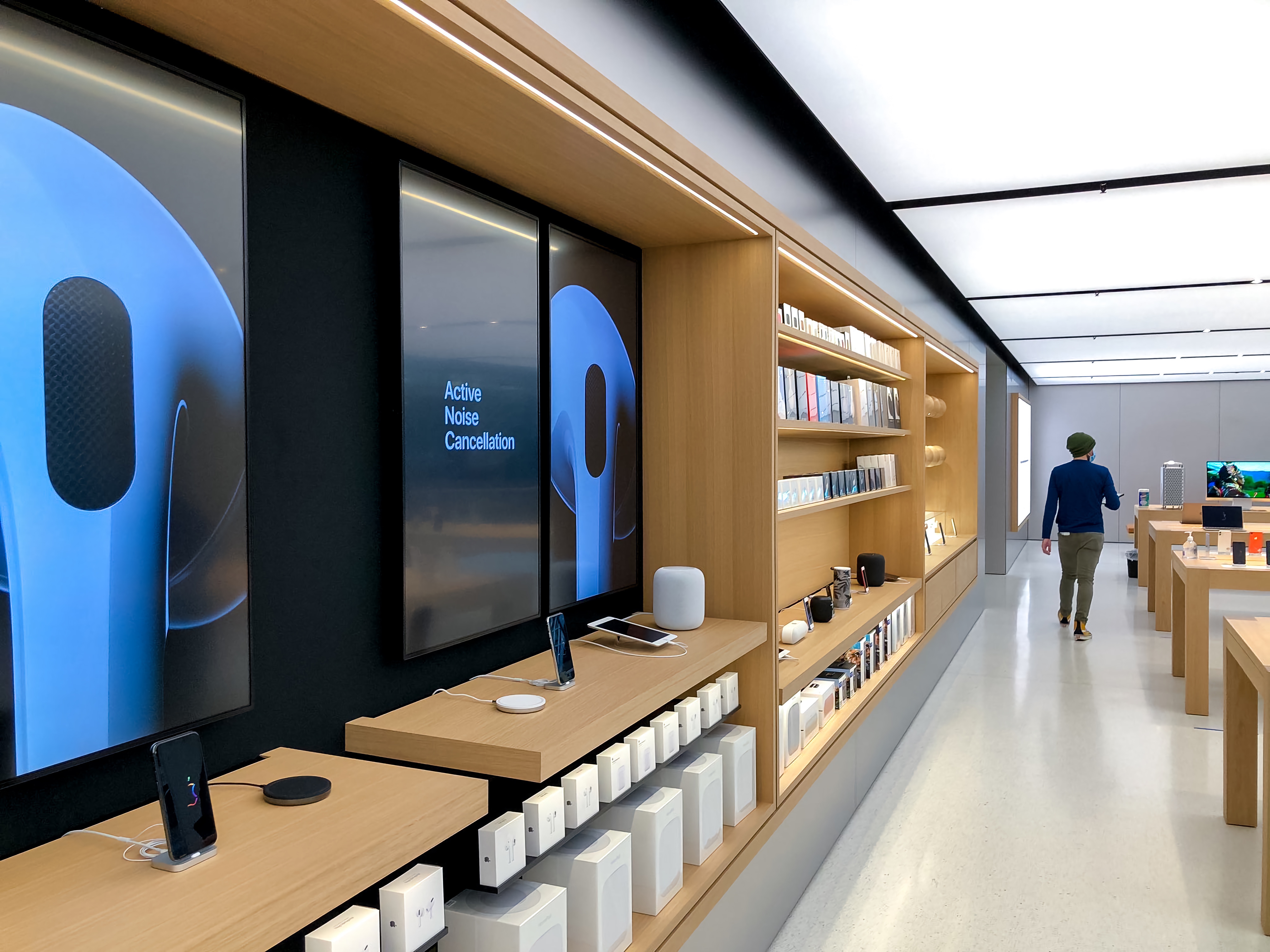 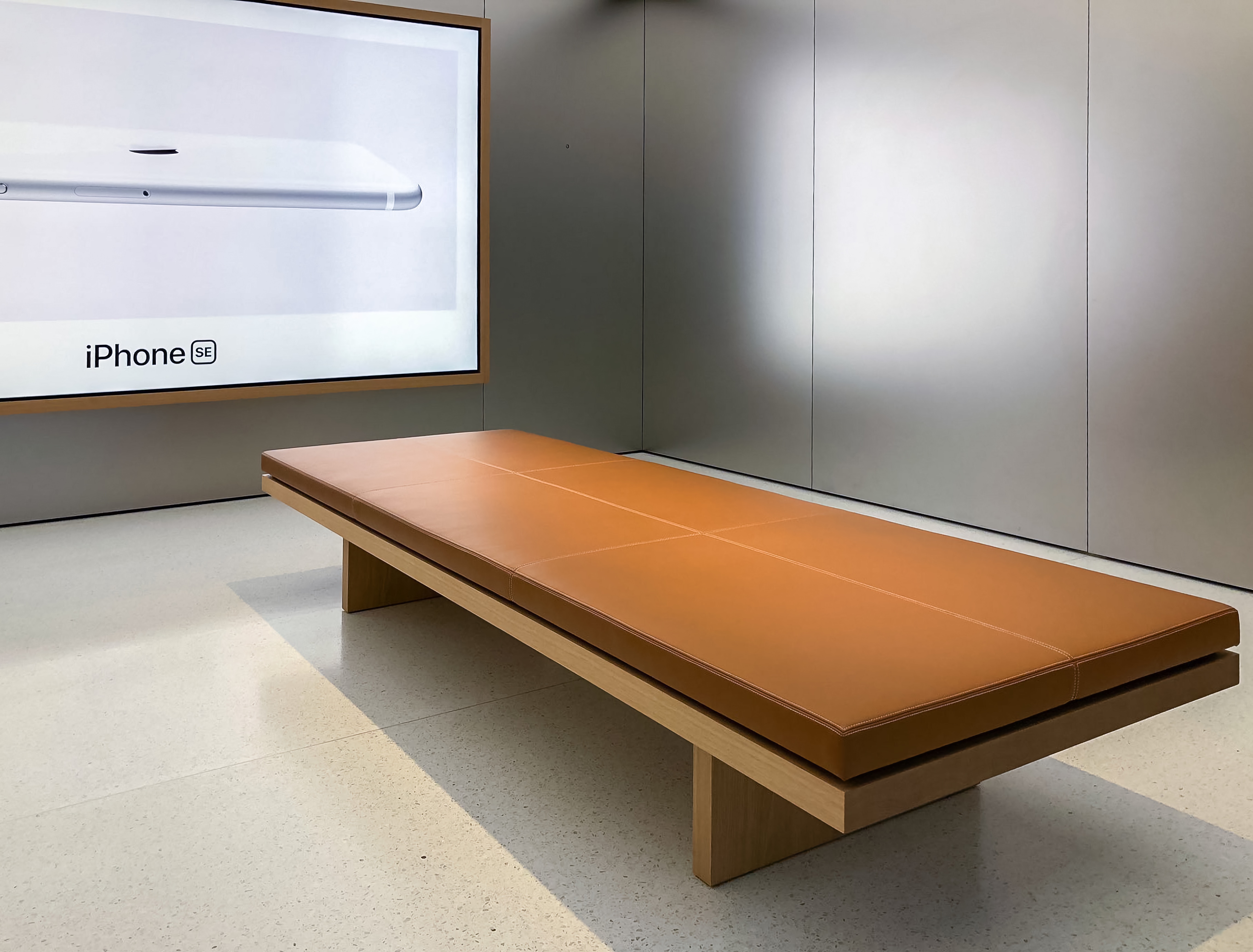 When Apple Sydney opened nearly 12 years ago in June 2008, it boasted the world’s largest Genius Bar and the largest laminated glass sheets of any structure at the time. Today’s renovation sets the course for the next decade of learning, product launches, and support. Apple’s promise of “creative updates” to the store was delivered despite challenges that were unthinkable when the project began. Apple Sydney will be waiting when it’s time to get together again.

Follow our retail guide for in-depth coverage of the latest Apple Store news.