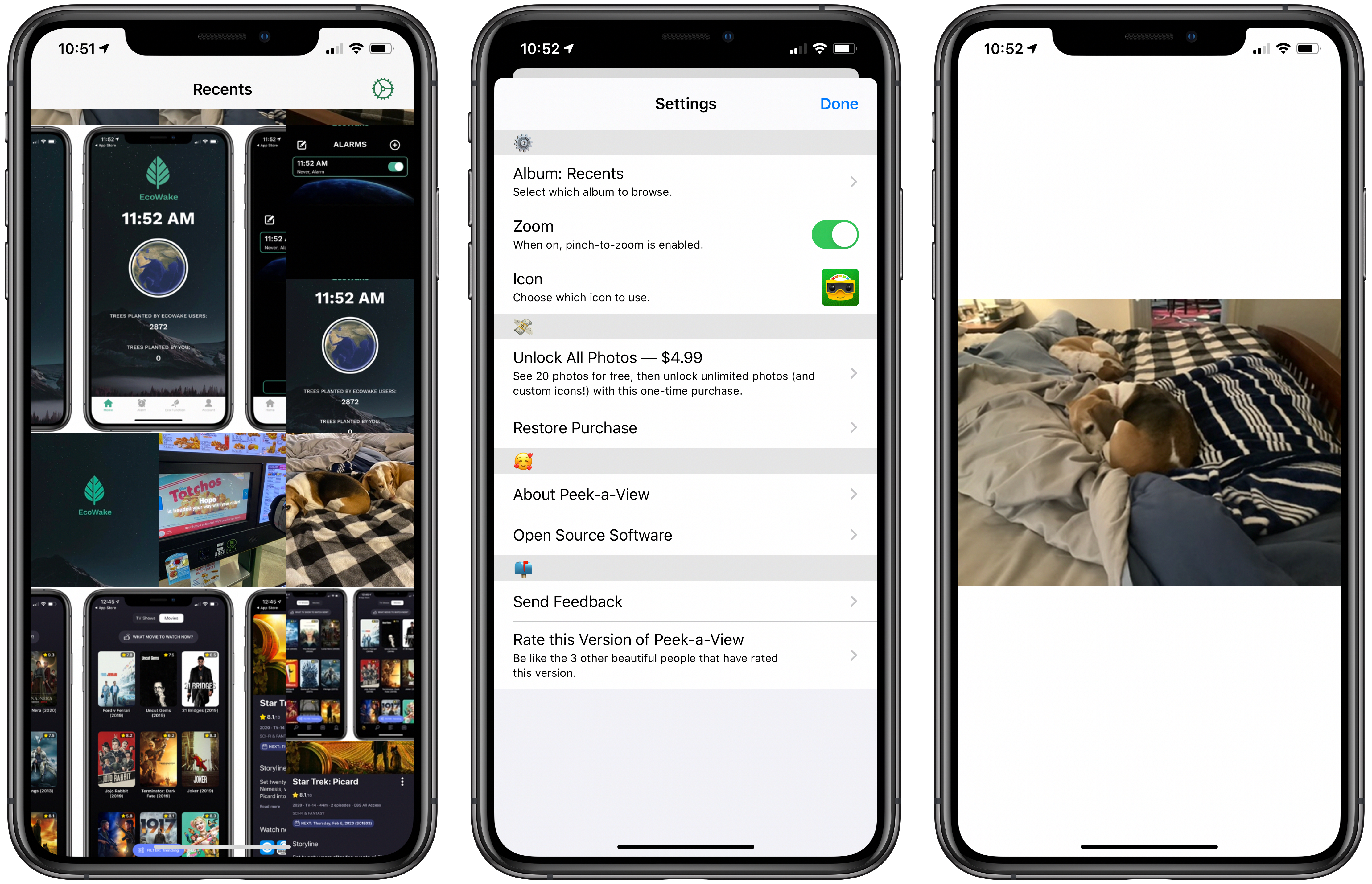 From developer Casey Liss, the idea for the app started with a young iOS fan:

Curiously, it all started with a trip to Disney World.

We went for my son’s fifth birthday. He hadn’t been to Disney since he was barely more than an infant. Our daughter, Mikaela, had never been.

Ever-so-independent, even just shy of two years old, Mikaela had strong opinions about everything when she was willing to ride in the stroller. After a few days at Disney, my wife and I discovered what would calm her down: browsing the Photos app on our phones, looking at the pictures we had taken on the trip so far.

This was utterly terrifying.

Photos isn’t really designed for this, and makes it possible — if not easy — to delete or edit photos. Given that these were the only copies of photos we had taken on the trip, I was scared that Mikaela would accidentally delete one or more of them.

The app is a read-only photo viewer. You can select from a specific album to show.

When paired with Guided Access, the feature that limits an iOS device to a single app, you can hand off an iPhone or iPad without worry.

Peek-a-View is designed for the iPhone and all iPad models. It can be downloaded now on the App Store for free. The free version will show the 20 most recent images.

An in-app purchase of $ 4.99 will unlock the ability to view unlimited images in a folder and allow you to select from a number of app icons.

Even though any photos deleted in the Photo Library on an iOS device can be recovered in the Recently Deleted album for up to 30 days after deletion, using Peek-a-View can give parents peace of mind that they won’t have to spend time trying to recover their images.

All The PlayStation Now Games; See More Than 500 Here

Huawei launches the P10 Plus in Bright Black color

Get educated on what running an online business takes [Deals]

Unicode 10.0, with gender-inclusive and 53 other new emojis, arrives

How to switch off iCloud backups, and why you might not want to

Save Big During The Super Bowl With The Ally Big Save

Huawei P30 could get two new color options next week

What the heck is LG doing and why is no one excited about the LG V40 ThinQ?

Siri tips and tricks: the best commands you need to know