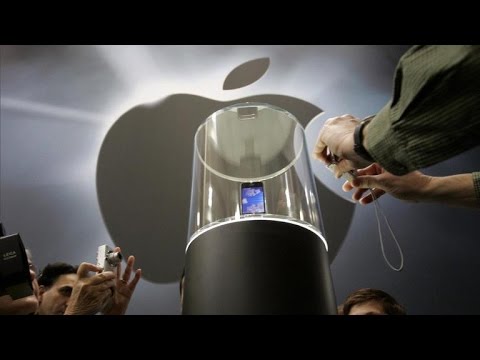 With the iPhone’s tenth birthday coming up this week, CBS Sunday Morningaired a segment today taking a look back at the development and launch of the original iPhone.

The segment from David Pogue includes a roundtable session with Pogue, Walt Mossberg, Steven Levy, and Ed Baig, the four journalists who received review units of the iPhone in 2007 just prior to its launch.

“After three days,” said Mossberg, “I was ready to throw this thing out of the window for trying to type on glass.”

“It’s ten years later,” said Levy, “and half the emails I get still have a little message underneath saying, ‘Typed on phone, forgive typos’!”

Pogue also sits down for a brief interview with Bas Ording, one of the key Apple engineers behind the first iPhone.

Part of what made the iPhone a hit was that objects in that touchscreen world have their own physics. You can thank Bas Ording for some of it, like how lists have momentum when you flick them, or how they do a little bounce when you get to the end.

“And now, a billion people are using your idea,” said Pogue.

“Is it a billion? That’s a lot!” Ording laughed.

“Did anyone, at the time, on this team, have any idea how big this could be?”

The segment doesn’t break any new ground on the background of the iPhone, but it’s a nice piece highlighting the milestone anniversary of the device that changed the world.

Get over 1.1 million graphics at your fingertips — for only $31

What is Google Advanced Protection and Who Should Use It?

Hands-on: ‘After the Fall’ is a Pretty Zombie Shooter That Doesn’t Understand…

The new phones of the week

Chapter 4 of the Exorcist: Legion VR Confirmed for Release in April

XC40 to be first electric Volvo

The Biggest Rift, Vive And Windows VR Releases Of The Week 04/15/18

How quantum computing could wreak havoc on cryptocurrency

This spooky Monero-mining malware waits to be controlled remotely