Nokia 6 gets Oreo beta in India 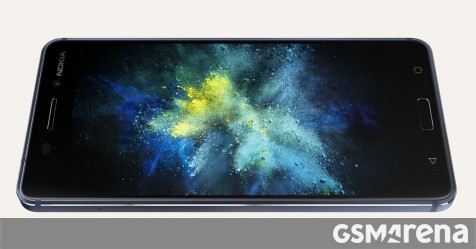 Nokia has started rolling out the Android 8.0 Oreo beta update to the 2017 Nokia 6 devices in India. The update is part of the Beta Labs program and is still a work-in-progress. Nokia CPO confirmed the same on Twitter today.

We are starting today Oreo Beta Labs roll out for #Nokia6 in India. I understand that some of you may have been waiting for this ?. Remember that Beta Labs is a test platform and commercial release is well on track ?. Please jump in and give us your feedback!!!

Nokia started the registration for Oreo Beta Labs update about a month ago in December. Those interested would need to sign in from Nokia’s website. Those from India who registered are getting their update today.

Nokia didn’t confirm as to when the final version will be released and just said that it is “well on track”.

Timehop admits that additional personal data was compromised in breach

Facebook has apparently lost 15 million US users since 2017, but it’s still winning…

Apple Spending Over $6 Billion on Original Content for Apple TV+

How tech is changing the real estate game

The Who's Who of NIssan's board; decision on Ghosn's fate coming soon

Samsung reportedly considers Ultra Thin Glass for its next foldable phone, a…

Deal: Get an unlocked iPhone with 0% financing and three months of service for free

Why Nissan wants to keep Carlos Ghosn out of Rio apartment

The Motorola Moto G8 is a consistently good mid-range…

Google Duo Adds Group Calls on the Web, a Family Mode, and…

Best Apps of the Week May 8

Olive Garden will Photoshop breadsticks into photos for…

Microsoft bundled its beautiful Bing wallpapers into a free…

AI Tools Will Help Us Make the Most of Spatial Biology