The fourth-generation iPad Air may be equipped with a USB-C port instead of a Lightning port, according to a new report from Japanese site Mac Otakara that says the information comes from a Chinese supplier. 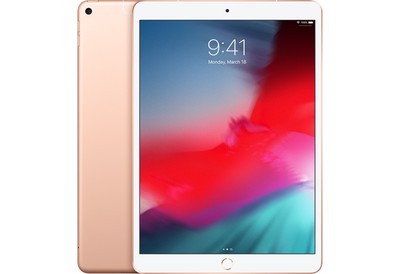 Apple transitioned to USB-C for its iPad Pro models in 2018, but other iPads have continued to feature a Lightning port for charging purposes. Mac Otakara says that the new ‌iPad‌ Air will be based on the 11-inch ‌iPad Pro‌, which is in line with prior rumors that we’ve heard.

One rumor from leaker L0vetodream has indicated the upcoming iPad Air could feature a mini-LED display with an under-display version of Touch ID instead of Face ID, but it remains to be seen if that info will turn out to be accurate as it hasn’t yet been backed up with a second source.

Mac Otakara also mentions the upcoming ‌iPad‌ mini, which Kuo previously said would measure in at 8.5 to 9 inches. This new ‌iPad‌ mini, coming in 2021, is expected to continue to feature a Lightning port rather than a USB-C port.