New games are invading the App Store world to try to be the new gaming totem. This week includes some big name games as well as some interesting indie titles. The early highlights include a splitting puzzle platformer, a solitaire and missile command mash up, a Futurama builder, and more. 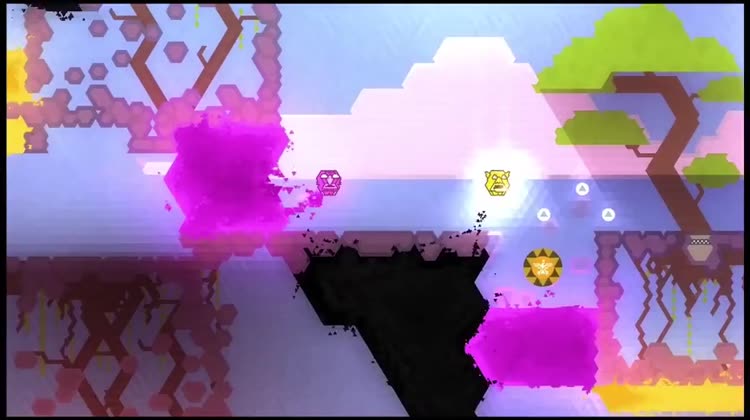 An action packed puzzle platformer in which you need to move two characters together.

Play as a totem pole with one half at the top of the screen, and the other half on the bottom of the screen. It’s a puzzle platformer challenge as you need to move both together through different stretches of challenges simultaneously.

A solitaire based version of Missile Command.

A turn based strategy card game is the basis for a new form of Missile Command. Play cards at the right time to battle back a bombardment of projectiles.

The planet is in an inescapable state of lethargy, enchanted by Hypnowaves. It’s up to the crew of the Planet Express to make New New York live and thriving again. Similar to Simpsons Tapped Out and Family Gut Quest for Stuff with the introduction of space based missions.

The makers of the Forever Lost series return with a new point and click adventure game. Your character awakes in a bunker and needs to find a way out to try to save his sister.

Slice up waves of enemies for as long as you can.

An arena based combat game in which your goal is to slice up waves of enemies. There’s a retro inspired art style with swipe based controls to use your katana for maximum damage.

Hop between wheels and try to avoid flying enemies.

An arena based challenge in which you hop between gears. Your goal is collect fireflies, avoid other flying entities, and land on the gears. The game comes down to timing your jump between wheels.

An accessible card game that take the core of video poker, and enhances it for a strategic solitaire challenge. The game lets you swap cards, earn boosters, and travel on a level map.

Swing the monkey with the right timing to maneuver the puzzle puzzles.

Your monkey rotates around points, and you tap to send him off to try to reach the next point. The game is all about timing to swing from point to point across numerous action puzzle levels.

A survival challenge with crazy physics.

An obstacle course challenge with crazy physics to contend with. Guide a chicken down a hill filled with all kinds of obstacles to avoid.

Try to destroy the enemy’s castle with your catapult.

Castle Revenge mixes a little Angry Birds with Clash of Clans, and offers a few new flourishes. Use your catapult to levee destruction against your enemy’s castle with realistic physics destruction. Build your own castle, and square off against online opponents.

What each model of the iPhone added to the game

IT Skills Gap Appears to be Growing, Finds CompTIA survey

Mini may not build electric cars in England due to Brexit

How to Stream Seinfeld Without Cable

Apple Seeds Second Betas of iOS 13 and iPadOS to Developers

Artificial intelligence used to recognize primate faces in the wild

Multiplayer VR Will Connect Players Across the Globe at VRLA

Get ready to see more shopping ads on Google Search, Images and YouTube

Ghosn seeks Renault-Nissan deal for when 'mere mortal' steps in