Mozilla wants to localize the most popular Firefox add-ons 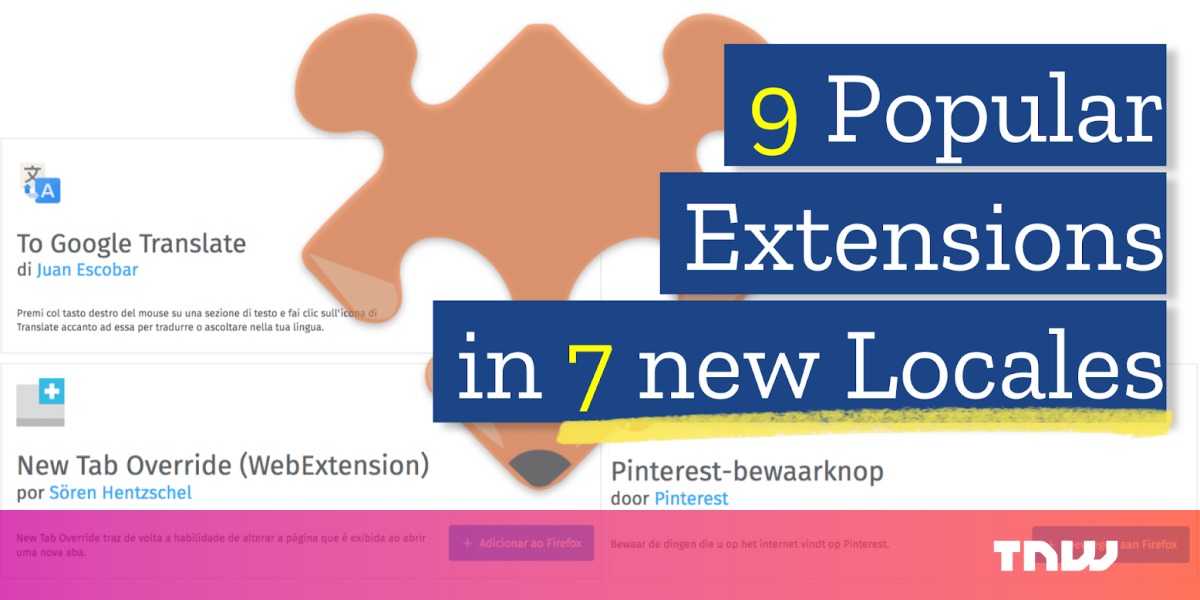 Mozilla’s Firefox browser is available in 90 different languages, ranging from Afrikaans to Welsh. Sadly, not all of its extensions are as well translated.

This is something the company is actively working on, and during a two week period, the company used the skills of 100 multilingual Firefox volunteers to translate nine of the most popular extensions into seven languages. Those extensions are as followers:

Each of these extensions are now available in the following languages: Simplified Chinese, Dutch, French, German, Italian, Brazilian Portuguese, and Spanish.

According to Mozilla, over the course of the project, over 100,000 words were translated. To speed things up, it used the approach used for Mozilla’s Common Voice project. Translations were signed off by a small team of experienced localizers, who then passed them down to developers.

The company says it plans to extend translations to more extensions. Those wanting to get involved can check out Mozilla’s L10N wiki, and subscribe to the Mission Mozillians messageboard.

Researching from home: Science stays social, even at a distance

These tiny guitar amps can be controlled by your iPhone

Google Chrome for Android gets Dark Mode with latest update

Nintendo Exec: Switch Could Get More Wii U Re-Releases

Audi announces shuffle of management board