After GFXBench, the Motorola XT1789 – which is alleged to be the Moto X4 – has now been spotted on the Geekbench benchmarking website. While the listing confirms 3GB RAM and Android 7.1.1 OS, it also mentions a Snapdragon 660 SoC. 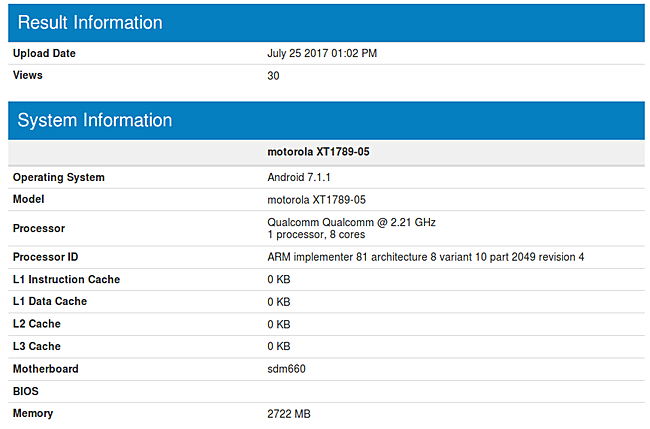 Previously GFXBench pointed to a Snapdragon 630 chipset instead. Either one of the benchmarks got that wrong, or we are looking at two different versions of the handset .

The Summoning Is A First Of Its Kind AR Horror Experience

This Week In VR Sports: It’s All About The Beautiful Game

Call of Duty: Modern Warfare Remastered is coming to PS4 next week

Get Ready To Batter Up, 2020 Super Baseball Is Coming To Switch Next Week

How the iPhone made accessibility accessible to everyone

Shot on the iPhone XS: Apple shows us how to take some truly surreal footage