Former Apple executive Ruben Caballero, who previously led the iPhone maker’s 5G modem initiative, was picked up by Microsoft in March to work on emerging products like its HoloLens mixed reality headset. 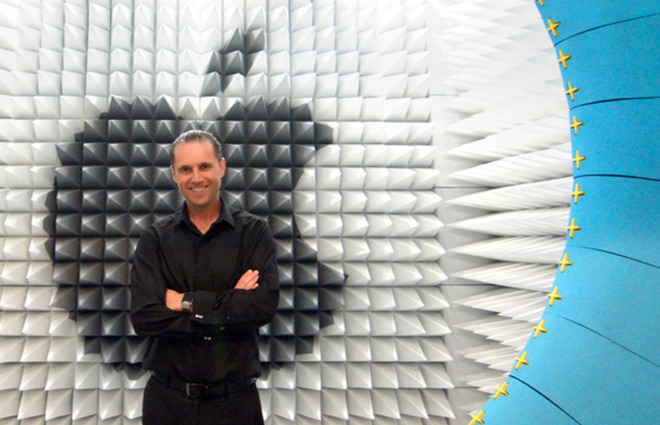 According to a recently updated LinkedIn profile, Caballero now serves as a Microsoft corporate vice president in charge of hardware design and technology. More specifically, the wireless technology specialist is assigned to Microsoft’s Mixed Reality & AI Division, which is responsible for the development of HoloLens and other “Special Projects.”

A 14-year Apple veteran, Caballero left the Cupertino tech giant in April 2019 after the company reached a resolution to a drawn out legal battle with Qualcomm. At the time, the executive was thought to be heading a team tasked with the development of an in-house 5G modem.

Six months after departing Apple, Caballero landed at Keyssa as the firm’s chief wireless strategist, a startup focused on wireless solutions. Detailed in a press release last October, Keyssa is currently developing technology that seeks to replace internal wired connections, like camera modules and logic board chips, with wireless alternatives.

Caballero is also working with fellow Apple alums at Humane, a shadowy startup founded by former Apple designer Imran Chaudhri and director of software engineering Bethany Bongiorno. The company has yet to announce its first product.

The engineer has retained advisory roles at Keyssa and Humane, according to his LinkedIn profile.

Facebook could be next to try out modular devices, a patent suggests

Getting the 16-inch MacBook Pro? Here’s how to wipe your MacBook before selling or…

Holy moly! Facebook test was nudging me to chat with a church

The case for having a 'finsta' as an adult

Acxiom, one of the largest data brokers, says it supports Tim Cook’s call for…