LinkedIn has introduced a new voice messaging service that’s built in to the latest version of its mobile app.

Called LinkedIn Messaging, the feature gives users the ability to record and send audio messages up to one minute long. 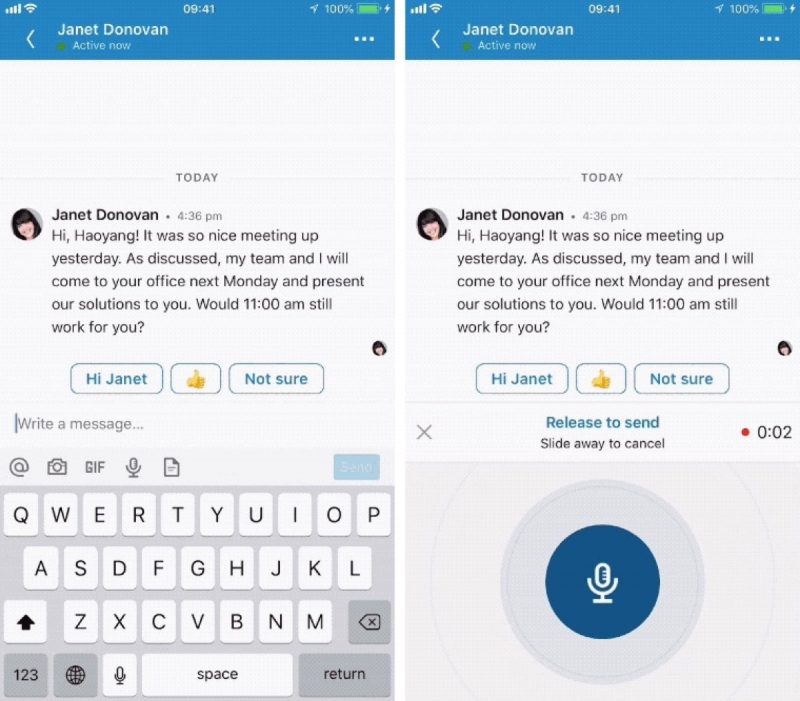 Voice messaging is rolling out now in the LinkedIn app on iOS and Android, and you can receive voice messages on mobile and on web. This feature will be available globally to all members in the next few weeks.

We hope this makes it easier than ever to communicate when you want, how you want with your professional community.

Voice messages are recorded by tapping the microphone icon on the mobile messaging keyboard. Users then tap and hold the microphone symbol in the circle to record their voice message and release their finger to send.

The business networking platform is touting voice messages as an easier way to communicate when you’re on the go or multi-tasking, but many account holders will likely be wary of the feature given the already high volume of unsolicited messages sent over LinkedIn.

LinkedIn is a free download for iPhone available on the App Store. [Direct Link]

Oppo A83 escapes China, launching in India this week

Next Jeep Grand Cherokee to use Alfa Romeo Stelvio platform

Why IGTV should go premium

iOS 11.4 Launches Today With AirPlay 2 and Messages in iCloud, HomePod Gets…

VW, BMW, Nissan will use Mobileye tech in autonomous vehicles

The ethics of internet culture: a conversation with Taylor Lorenz

Transparency At The Heart Of Additions, As Oculus VR Updates Terms And…