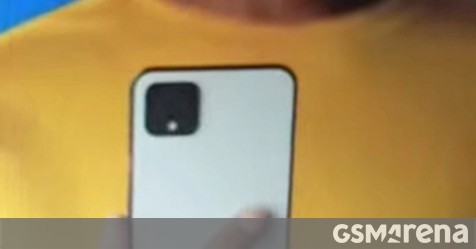 An ad for the Pixel 4 has leaked and it shows what it means for a phone to be designed “the Google way”. It seems that Google doesn’t want you touching your phone to use it – not when you have Project Soli’s hand gestures and the voice commands of the revamped Assistant. That’s the first half of the ad.

The second half is about the camera. You can see the new triple cam on the back of the white Pixel 4, but interestingly the ad focuses on the low-light performance – something Google aced a couple of years ago.

There’s no mention of the new telephoto camera. There’s nothing on the 90Hz screen either. Those are expected to be the two major upgrades this year, which will make the Pixels more competitive with other flagships. Unless people are actually excited about hand gestures.

Did you notice that the white Pixel will have black sides? That wasn’t obvious in the leaked photos. Combined with the black camera island on the back, this is a sort of reimagining of the Panda color option.

Source (in Spanish) | Via

Life, the Universe, and Math: 42 Proven to be the Sum of 3 Cubes

Elon Musk and The Rock bonded over these cursed Photoshopped memes

MacBook & iPad Pro updates might not make it to WWDC

Don’t even think about repairing the AirPods 2