Like the AMC Eagle, the Subaru BRAT was a big sales hit in Colorado, much more than in the rest of North America, and you still see plenty of examples of both vehicles on Colorado streets … and in Colorado wrecking yards. Here’s a 1982 BRAT with camper shell that made it to age 35 before being forcibly retired. 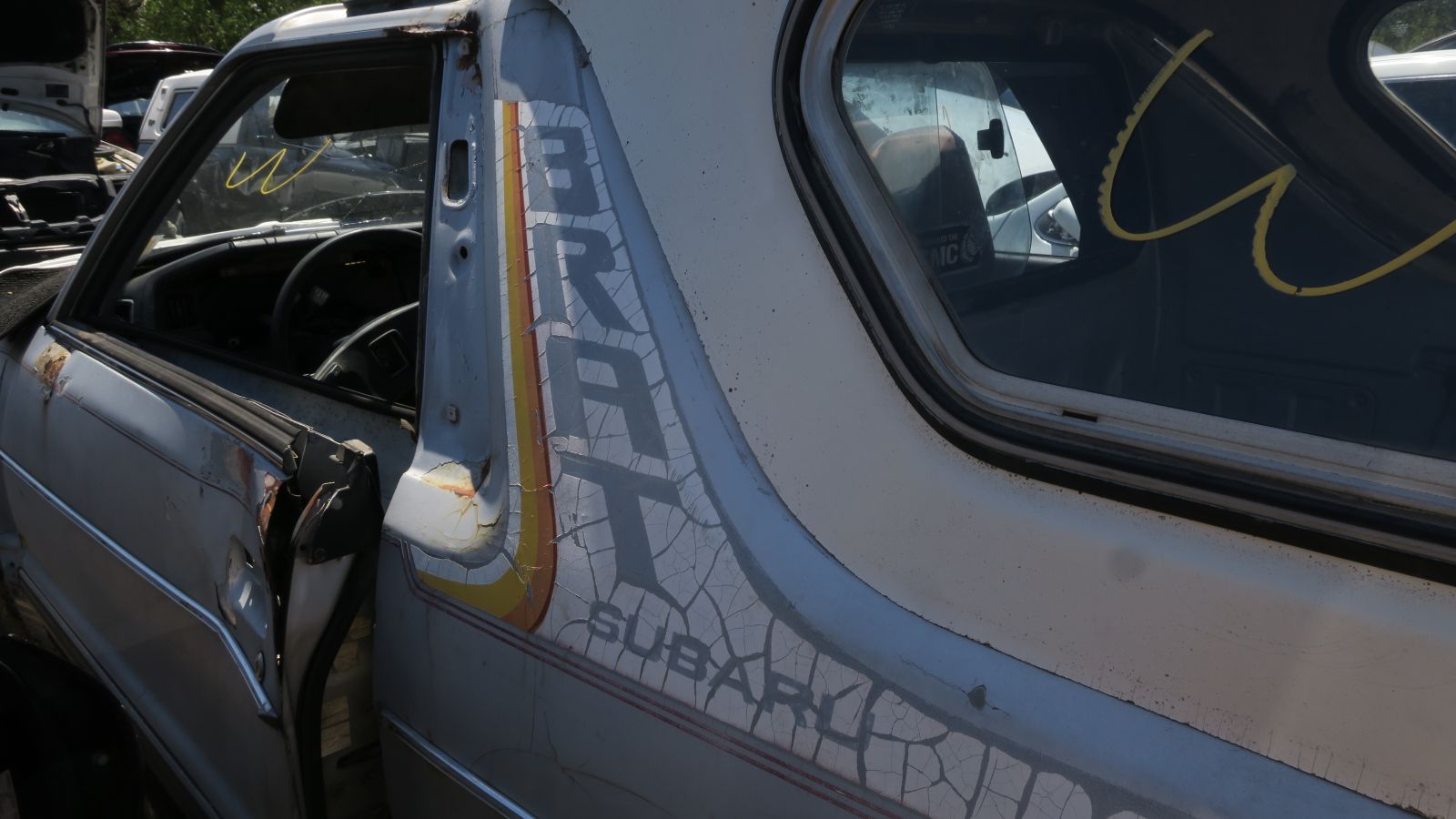 Based on the Subaru Leone (which was sold in the United States as “The Subaru”), the BRAT was a lightweight, four-wheel-drive truck that could slog through mud and snow, but didn’t slurp gas quite as hard as other 4WD trucks. They rusted instantly in the Midwest and Northeast, but held together pretty well in the West. 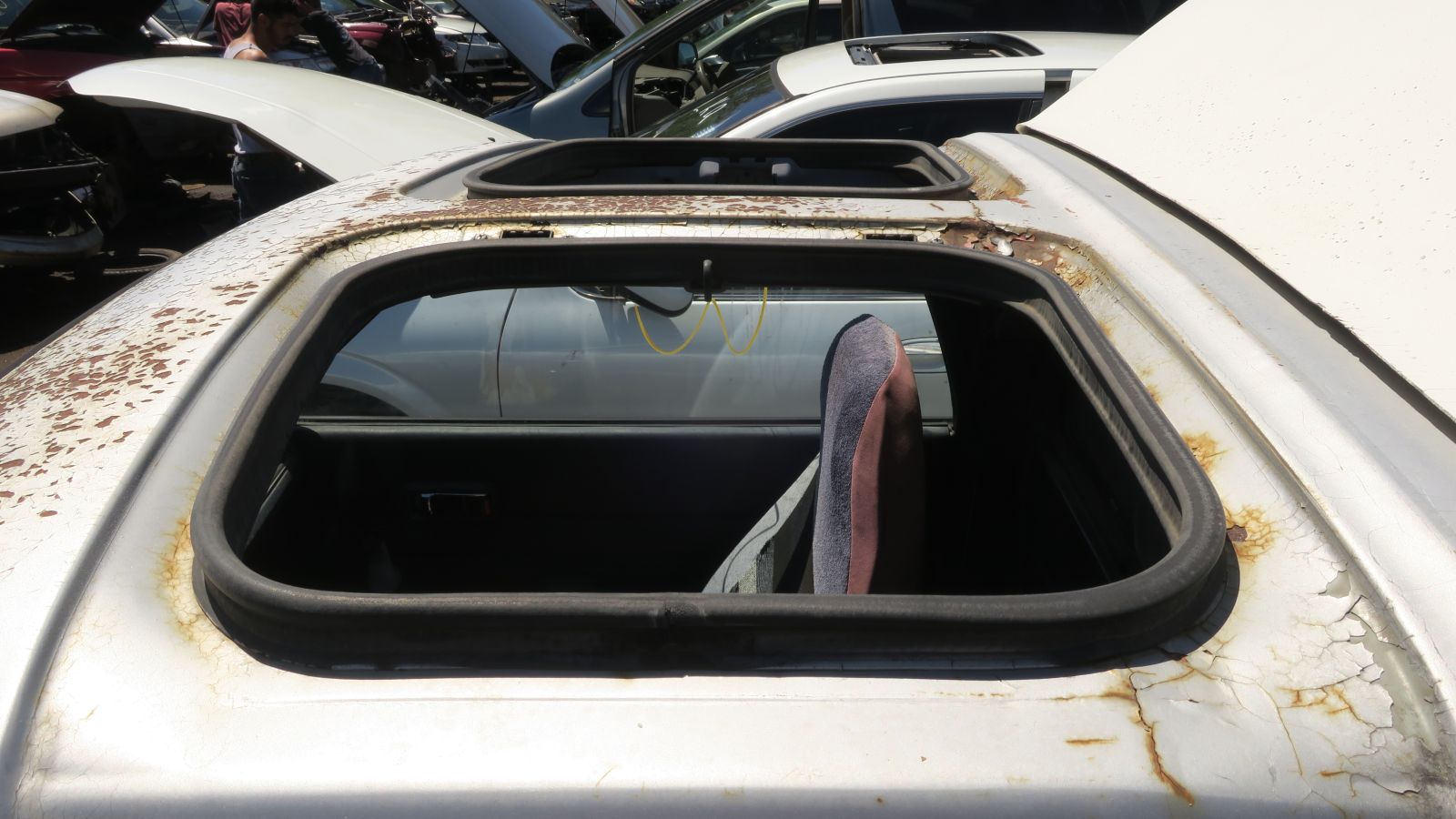 This one has the “Twin-Halo” sunroof setup. 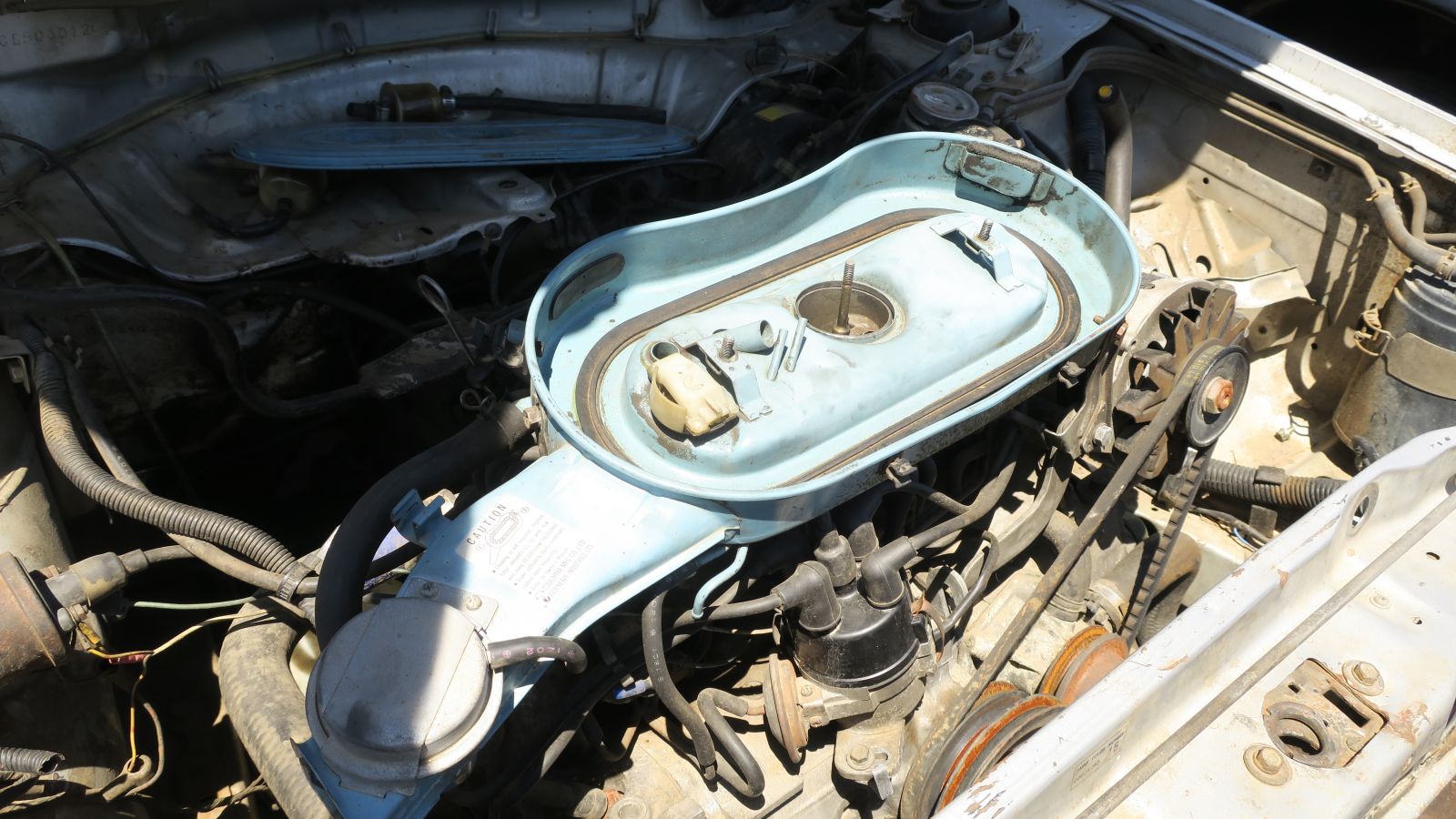 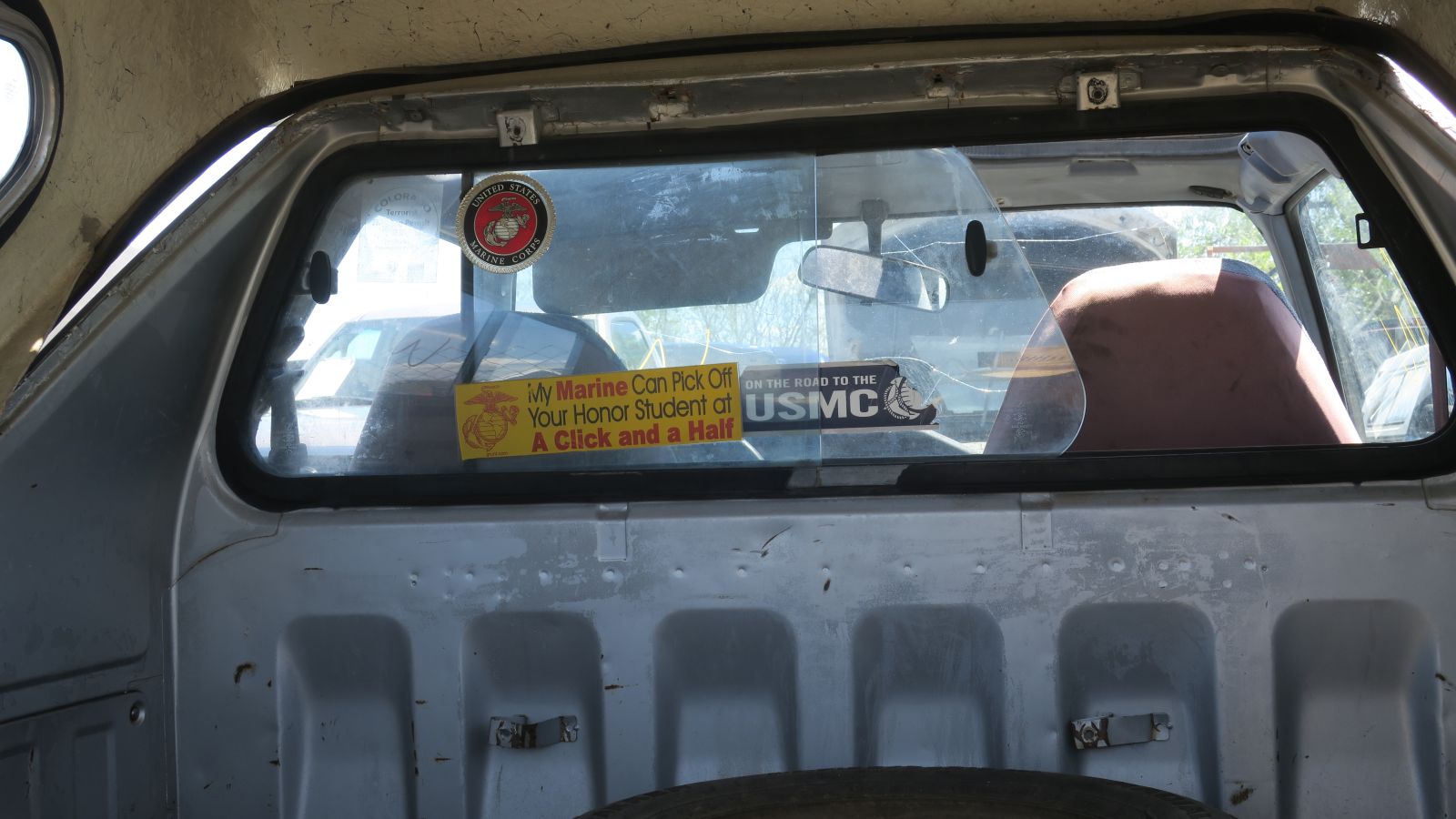 Subaru evaded paying the Chicken Tax on early BRATs by installing jumpseats in the bed, which (legally speaking) made the BRAT a four-seat passenger car; like most BRATs that end up in junkyards, the jumpseats are long gone from this one. Many personal-injury lawsuits later, the jumpseats were nixed and BRAT buyers had to pay the tax. Note the Subaru-owner-stereotype-defying bumper stickers on the back window. 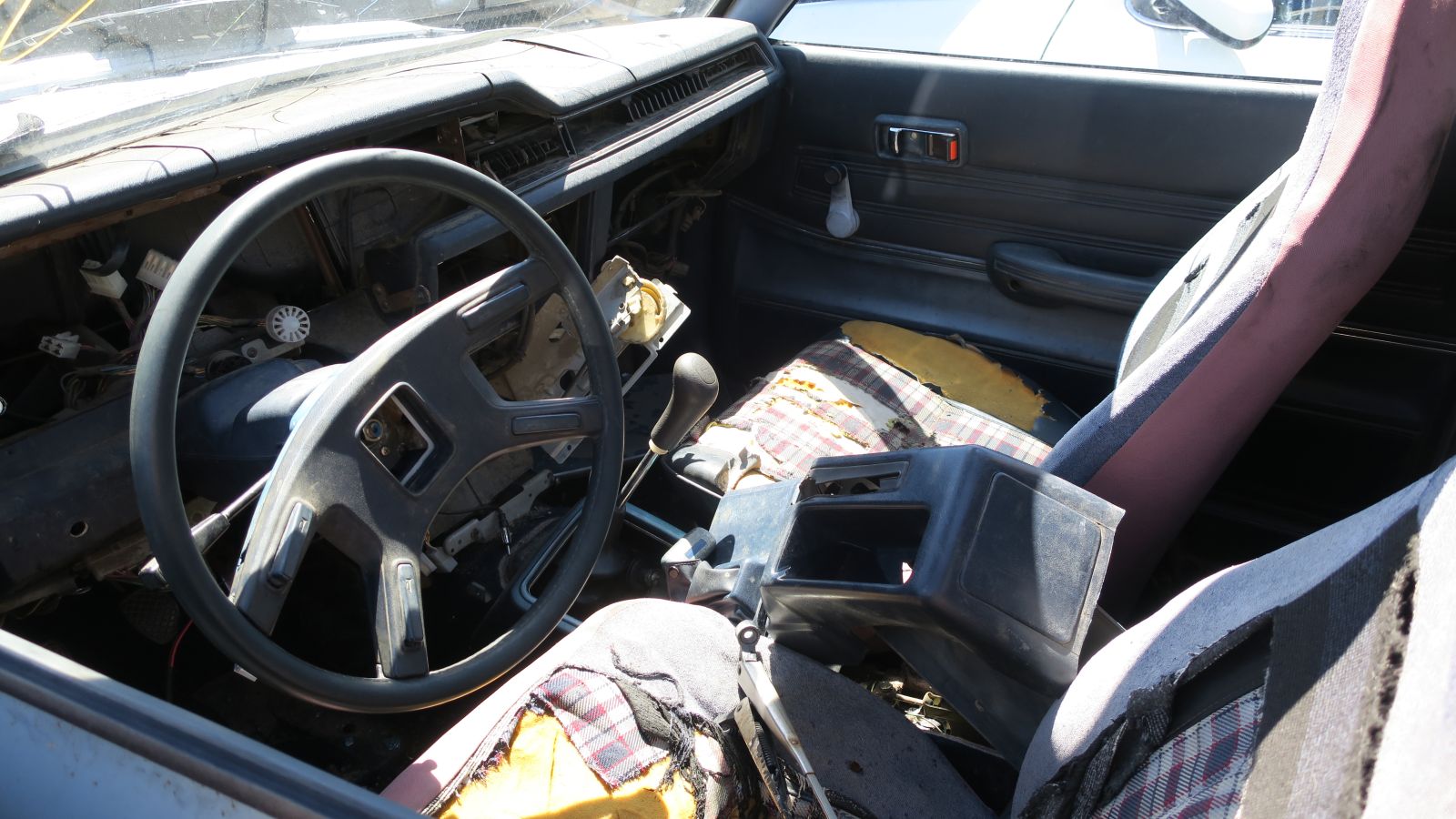 It’s faded and bent and worn out, but will provide parts for the many BRATs (and Leones) still roaming Colorado streets and trails.

In Australia, this truck was called the Brumby. Happy with the ride, Porky?

In the United States, Ruth Gordon pitched the BRAT.

Review: The SliQ case adds Qi charging to your AirPods for $25, but not without…

Should You Buy An Apple Pencil With Your iPad?

How to Downgrade from MacOS Catalina Beta

LawBreakers Dev Talks Ongoing Support: It's A Marathon, Not A Sprint

How Netflix's Puberty Show, Big Mouth, Ever Got Made