Jaguar practiced the E-Pace barrel roll – wait, how do you practice a barrel roll? 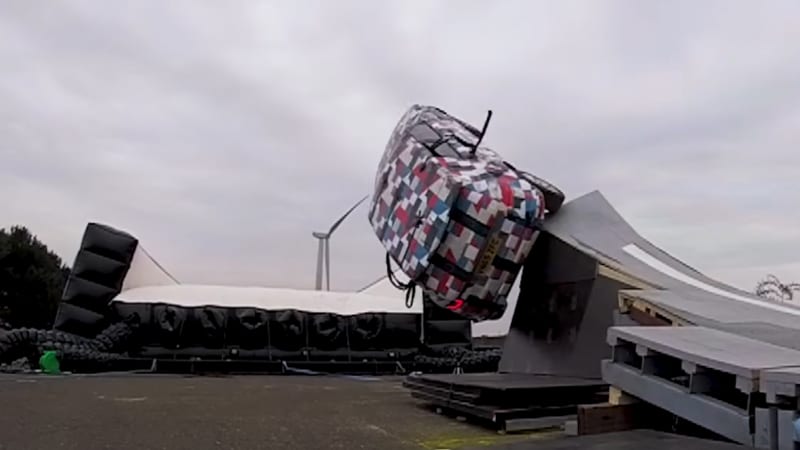 Jaguar launched the E-Pace compact crossover by literally launching it into a barrel roll. But to get to the point where the company could do the stunt in front of the press naturally took plenty of preparation and planning, and the company documented much of it in the video above. It turns out that the early stages of preparing the stunt are about as entertaining as the stunt itself.

The video spends a little time showing some of the computer modeling and designing of the stunt, but most of the video covers the practice runs done with a test car. Jaguar set up its prototype offset ramp for initiating the roll, and had a massive airbag set up for the test car to land in. And early on, to make sure the stunt driver wasn’t hurt, they rigged up a Land Rover Evoque with autonomous driving equipment to do the first runs. Later the stunt driver took a few turns.

The testing resulted in flips and tumbles you’ve only seen with Hot Wheels cars. It’s so strange and fun to see a full-size car launched this way. Once the team finally had the jump pretty well dialed in, the stunt driver was able to test it launching from ramp to ramp, and then eventually do it in the production E-Pace at the crossover’s reveal.

Back for 1 day only: Apple's 12-inch MacBook with faster processor, 512GB SSD…

With Mercedes leaving DTM, Audi and BMW say they may follow

Here's why you should be excited about Apple's push towards AR

How to Stop Enhanced Notifications Waking a Mac from Sleep

Asus Zenfone Zoom S to come to Europe next month

Facebook is tainted – can we build a better one?