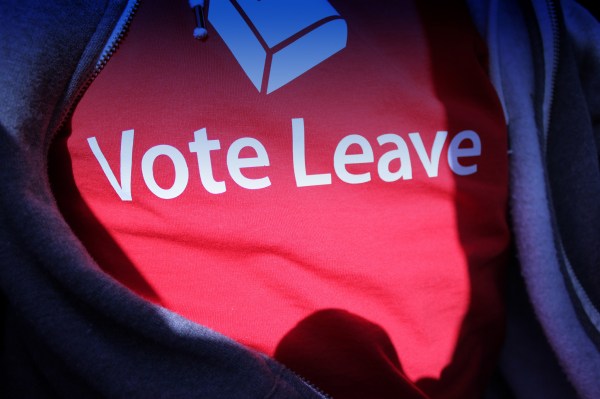 The UK’s Electoral Commission has published the results of a near nine-month-long investigation into Brexit referendum spending and has found that the official Vote Leave campaign broke the law by breaching election campaign spending limits.

Vote Leave broke the law including by channeling money to a Canadian data firm, AggregateIQ, to use for targeting political advertising on Facebook’s platform, via undeclared joint working with another Brexit campaign, BeLeave, it found.

Aggregate IQ remains the subject of a separate joint investigation by privacy watchdogs in Canada and British Columbia.

The Electoral Commission’s investigation found evidence that BeLeave spent more than £675,000 with AggregateIQ under a common arrangement with Vote Leave. Yet the two campaigns had failed to disclose on their referendum spending returns that they had a common plan.

As the designated lead leave campaign, Vote Leave had a £7M spending limit under UK law. But via its joint spending with BeLeave the Commission determined it actually spent £7,449,079 — exceeding the legal spending limit by almost half a million pounds.

The June 2016 referendum in the UK resulted in a narrow 52:48 majority for the UK to leave the European Union. Two years on from the vote, the government has yet to agree a coherent policy strategy to move forward in negotiations with the EU, leaving businesses to suck up ongoing uncertainty and society and citizens to remain riven and divided.

Back in May, long-time leave supporter and MEP, Nigel Farage, told CEO Mark Zuckerberg to his face in the European Parliament that without “Facebook and other forms of social media there is no way that Brexit or Trump or the Italian elections could ever possibly have happened”.

The Electoral Commission’s investigation focused on funding and spending, and mainly concerned five payments made to Aggregate IQ in June 2016 — payments made for campaign services for the EU Referendum — by the three Brexit campaigns it investigated (the third being: Veterans for Britain).

Veterans for Britain’s spending return included a donation of £100,000 that was reported as a cash donation received and accepted on 20 May 2016. But the Commission found this was in fact a payment by Vote Leave to Aggregate IQ for services provided to Veterans for Britain in the final days of the EU Referendum campaign.

Despite the donation to a third Brexit campaign by the official Vote Leave campaign being for services provided by Aggregate IQ, which was also simultaneously providing services to Vote Leave, the Commission did not deem it to constitute joint working, writing: “[T]he evidence we have seen does not support the concern that the services were provided to Veterans for Britain as joint working with Vote Leave.”

It was, however, found to constitute an inaccurate donation report — another offense under the UK’s Political Parties, Elections and Referendums Act 2000. And the report details multiple issues with spending returns across the three campaigns.

The Commission has issued a series of fines to the three Brexit campaigns, and referred two individuals — Vote Leave’s David Alan Halsall and BeLeave’s Darren Grimes — to the UK’s Metropolitan Police Service which has the power to instigate a criminal investigation.

Early last year the Commission decided not to fully investigate Vote Leave’s spending but by October it says new information had emerged — which suggested “a pattern of action by Vote Leave” — so it revisited the assessment and reopened an investigation in November.

Note to Brexiters indulging in spectacular Whataboutery on Vote Leave/electoral commission: you either believe in the rule of law and its application to democratic processes… or you don't.

Judging by the Commission’s account, Vote Leave seemingly did everything it could to try to thwart and delay the investigation — which is only reporting now, two years on from the Brexit vote and with mere months of negotiating time left before the end of the formal Article 50 process.

What’s crystal clear from this report is that following money and data trails takes time and painstaking investigation, which — given democracy is at stake — heavily bolsters the case for far more stringent regulations and transparency mechanisms to prevent powerful social media platforms from quietly absorbing politically motivated money and messaging without recognizing any responsibility to disclose the transactions, let alone carry out any diligence on who or what may be funding the political spending.

Last week the UK’s information commissioner, Elizabeth Denham, announced its intention to fine Facebook the maximum possible for breaches of UK data protection law relating to the Cambridge Analytica scandal, after it emerged that information on as many as 87 million Facebook users was extracted from its platform and passed to a controversial UK political consultancy without most people’s knowledge or consent.

She also published a series of policy recommendations around digital political campaigning — calling for an ethical pause on the use of personal data for political ad targeting, and warning that a troubling lack of transparency about how people’s data is being used risks undermining public trust in democracy

“Without a high level of transparency – and therefore trust amongst citizens that their data is being used appropriately – we are at risk of developing a system of voter surveillance by default,” she warned.

The Cambridge Analytica Facebook scandal is linked to the Brexit referendum via AggregateIQ — which was also a contractor for Cambridge Analytica, and also handled Facebook user information which the former company had improperly obtained, after paying a Cambridge University academic to use a quiz app to harvest people’s data and use it to create psychometric profiles for ad targeting.

The Electoral Commission says it was approached by Facebook during the Brexit campaign spending investigation with “some information about how Aggregate IQ used its services during the EU Referendum campaign”.

We’ve reached out to Facebook for comment on the report and will update this story with any response.

The Commission states that evidence from Facebook indicates that AggregateIQ used “identical target lists for Vote Leave and BeLeave ads”, although at least in one instance the BeLeave ads “were not run”.

BeLeave’s ability to procure services from Aggregate IQ only resulted from the actions of Vote Leave, in providing those donations and arranging a separate donor for BeLeave. While BeLeave may have contributed its own design style and input, the services provided by Aggregate IQ to BeLeave used Vote Leave messaging, at the behest of BeLeave’s campaign director. It also appears to have had the benefit of Vote Leave data and/or data it obtained via online resources set up and provided to it by Vote Leave to target and distribute its campaign material. This is shown by evidence from Facebook that Aggregate IQ used identical target lists for Vote Leave and BeLeave ads, although the BeLeave ads were not run.

“We also asked for copies of the adverts Aggregate IQ placed for BeLeave, and for details of the reports he received from Aggregate IQ on their use. Mr Grimes replied to our questions,” it further notes in the report.

At the height of the referendum campaign — at a crucial moment when Vote Leave had reached its official spending limit — officials from the official leave campaign persuaded BeLeave’s only other donor, an individual called Anthony Clake, to allow it to funnel a donation from him directly to Aggregate IQ, who Vote Leave campaign director Dominic Cummins dubbed a bunch of “social media ninjas”.

On 11 June 2016 Mr Cummings wrote to Mr Clake saying that Vote Leave had all the money it could spend, and suggesting the following: “However, there is another organisation that could spend your money. Would you be willing to spend the 100k to some social media ninjas who could usefully spend it on behalf of this organisation? I am very confident it would be well spent in the final crucial 5 days. Obviously it would be entirely legal. (sic)”

Mr Clake asked about this organisation. Mr Cummings replied as follows: “the social media ninjas are based in canada – they are extremely good. You would send your money directly to them. the organisation that would legally register the donation is a permitted participant called BeLeave, a “young people’s organisation”. happy to talk it through on the phone though in principle nothing is required from you but to wire money to a bank account if you’re happy to take my word for it. (sic)

Mr Clake then emailed Mr Grimes to offer a donation to BeLeave. He specified that this donation would made “via the AIQ account.”

And while the Commission says it found evidence that Grimes and others from BeLeave had “significant input into the look and design of the BeLeave adverts produced by Aggregate IQ”, it also determined that Vote Leave messaging was “influential in their strategy and design” — hence its determination of a common plan between the two campaigns. Aggregate IQ was the vehicle used by Vote Leave to breech its campaign spending cap.

Providing examples of the collaboration it found between the two campaigns, the Commission quotes internal BeLeave correspondence — including an instruction from Grimes to: “Copy and paste lines from Vote Leave’s briefing room in a BeLeave voice”.

On 15 June 2016 Mr Grimes told other BeLeave Board members and Aggregate IQ that BeLeave’s ads needed to be: “an effective way of pushing our more liberal and progressive message to an audience which is perhaps not as receptive to Vote Leave’s messaging.”

On 17 June 2016 Mr Grimes told other BeLeave Board members: “So as soon as we can go live. Advertising should be back on tomorrow and normal operating as of Sunday. I’d like to make sure we have loads of scheduled tweets and Facebook status. Post all of those blogs including Shahmirs [aka Shahmir Sami; who became a BeLeave whistleblower], use favstar to check out and repost our best performing tweets. Copy and paste lines from Vote Leave’s briefing room in a BeLeave voice”

VRHealth to Make its Medical Platform Available for use at Home

Watch: How to gain access to a locked iOS device

Learn to boost the speed and quality of your reading [Deals]

Holo Brings ARKit to Your Photos and Home Videos