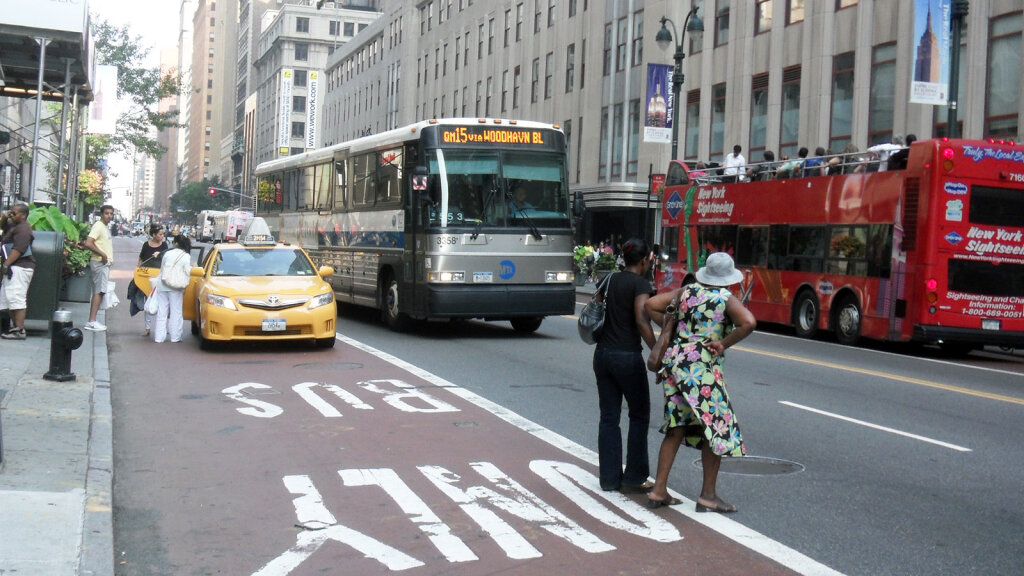 You’re in a rush and don’t want to head all the way to the crosswalk to cross the street. Anyway, who cares, right? The store you need is directly across the street — not anywhere near the intersection. So you go ahead and cross when traffic is clear.

What you’ve just done is jaywalked — crossed the street somewhere other than at an intersection or crosswalk. And it’s probably illegal. But why?

Mostly it has to do with pedestrian safety in general. And it makes sense, considering National Highway Traffic Safety Administration (NHTSA) data shows a total of 6,283 pedestrian deaths in 2018, a 3 percent increase from 2017.

Furthermore, while pedestrians represent only 3 percent of those involved in traffic incidents, they account for 14 percent of traffic deaths. Even though 70 percent of pedestrian fatalities are from accidents outside of intersections, many are at intersections and crosswalks where pedestrian crossings are concentrated.

So, jaywalking is illegal for safety reasons. Got it. But jaywalking’s history — and enforcing it — is more complicated than you might expect.

History of the Jaywalking

According to Merriam-Webster, the term “jaywalking” is derived from an older, more obscure term, “jay-driving.” Jay-driving was used to describe drivers of horse-drawn carriages who stubbornly drove on the wrong side of the road.

One of the earliest known uses of jay-driving in print was in the Junction City, Kansas, Junction City Union in June 1905; the Kansas City Star used the term jaywalking in October that same year. In both cases, the word “jay” meant someone who was inexperienced at what they were doing, such as a hick or a rube, and carried serious derogatory implications.

However, the earliest uses of jaywalking described poor sidewalk manners, rather than illegally crossing the street, and Merriam-Webster says it’s unknown why the meaning of the term evolved.

One might assume that once the automobile became common, the car also became a status symbol — class wars were tied to those who could afford to drive and those who were stuck walking. But in fact the opposite is true. According to an essay in Salon, the drivers were the outsiders, outnumbered by pedestrians who resented being displaced to the sidewalks. This phase lasted well into the 1920s, when the automobile industry lobbied to make cities more car-friendly — and to make jaywalking first a faux pas, and eventually a crime. Crosswalks were added to streets in 1911, and laws against jaywalking were widespread by the 1930s.

Jaywalking as a Crime

Further complicating matters, traffic signals don’t always have the same meaning in every state, and some states have local “distracted walking” laws that let law enforcement issue citations for offenses such as texting while crossing an intersection. Then there are states like Michigan that have no statewide crosswalk laws, leaving it up to cities and towns to write and communicate their own regulations.

So when you’re behind the wheel, how do you keep up with all the laws? Well consider that old mantra you might have learned way back in drivers’ education: The “right of way is something you give, not take.” Though laws for drivers, again, vary from state to state, in general, drivers must yield the right of way to pedestrians in crosswalks and at intersections with stop signs or traffic signals. But pedestrians are also expected to yield the right of way to drivers wherever there is no established place for pedestrians to cross.

To try to make things simpler, for law enforcement at least, the NHTSA’s publication “Pedestrian Safety Enforcement Operations: A How-To Guide” instructs officers to “cite both drivers and pedestrians, but focus on drivers, as they are the less vulnerable population.” In other words, pedestrians and drivers often share responsibility for collisions, but drivers should remember that they are much less likely to suffer bodily harm.

Do Pedestrians Always Have the Right of Way?

But you’ve constantly been told pedestrians always have the right of way, even if they’re jaywalking. Is that not true? Surprise, there are a couple of answers to this question. First, it depends again on local laws. Second, if you’re driving and hit a pedestrian and they’re injured, does it really matter who was “right”? Probably not.

The NHTSA’s guidelines for pedestrian safety emphasize that pedestrians are still responsible for their own safety; however, it is also the obligation of motorists to be on the lookout for pedestrians — everywhere and at all times.

And what about the jaywalkers? Are they likely to get penalized for the practice? In general, the answer is probably no (see Now That’s Sad for more info).

In short, yes, jaywalking is illegal is most jurisdictions. But it falls on both drivers and pedestrians to be aware of local laws, but even then, common sense and a priority on safety should prevail.

So, if you as a motorist hit someone who is jaywalking, or if you as a pedestrian are hit by a car while jaywalking, the legal consequences will vary depending on where you are. Aside from the legal issues, as the offending motorist or pedestrian victim, the bottom line is that a potentially life-altering incident occurred because one or both of you were simply not paying enough attention.

Here’s Where and When You Can Pre-Order The Samsung Galaxy S20, S20+, and Ultra

How to Enable Dark Mode on Outlook for Android, iPhone, and iPad

Get ready to win WWDC 2018 with keynote bingo card

The Best Smart Thermostat For Your Google Home

Civilization VI is coming to the Nintendo Switch

Texas teens love this new app, but its founders have a sketchy past

No Man’s Sky Mech Suits Are Playable In VR