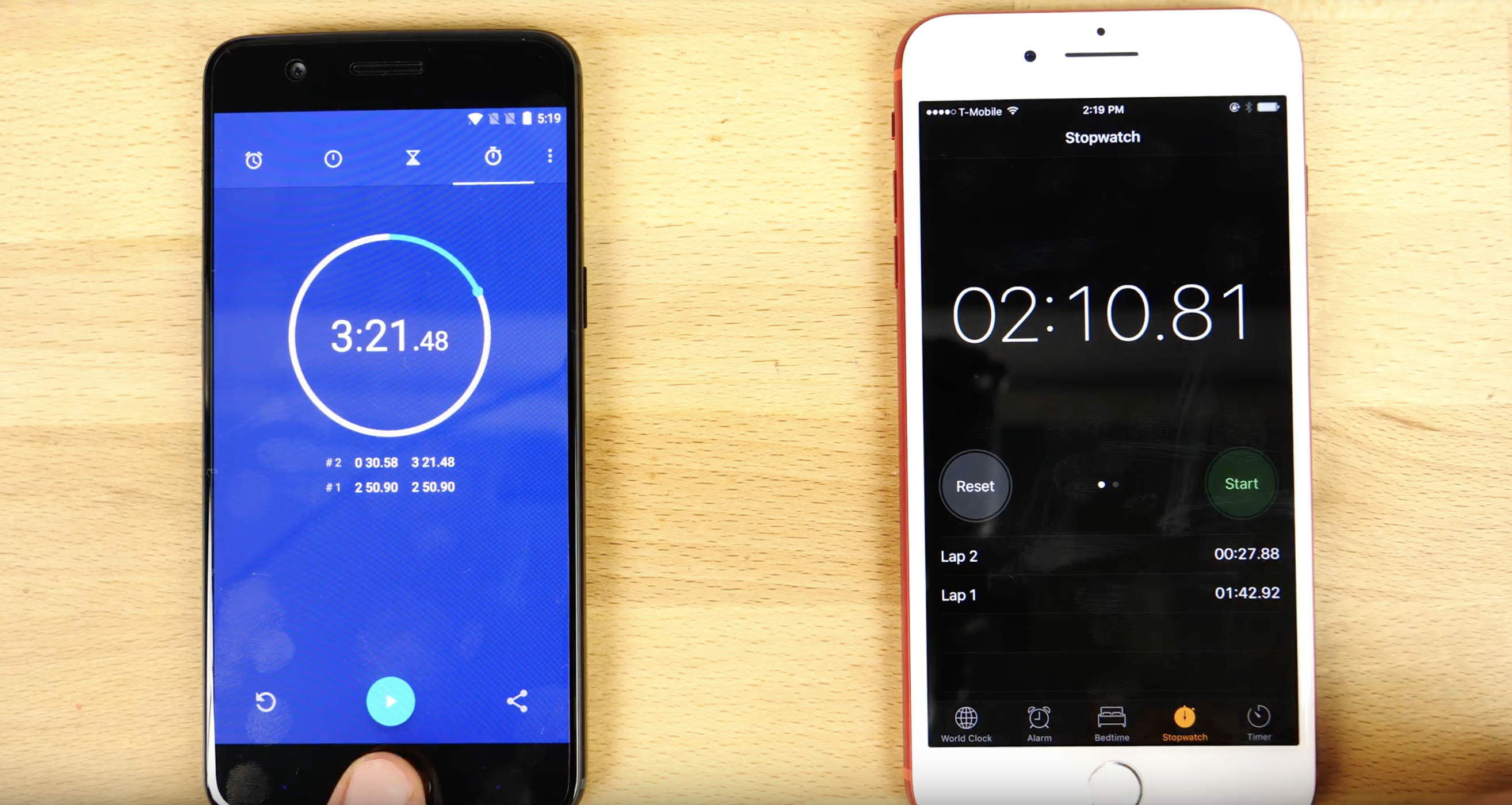 Like most smartphone speed tests, the test is conducted by running through a variety of intense applications that put stress on the device’s processor and RAM. Starting with opening basic apps like Instagram and then doing things like rendering a 30-second 4K video.

At the start (like always) it appears that the OnePlus 5 is actually going to keep up with the iPhone. After all, having 8GB of RAM should help. But unfortunately, once the iPhone 7 Plus starts pushing through games like Grand Theft Auto and Mario, the OnePlus 5 simply isn’t able to keep up.

EverythingApplePro puts the devices through two rounds to see if the OnePlus 5 is able to at least keep the apps stored in its RAM so that it can easily reopen them and still be in their current state without having to reload them from the start. This is where the 8GB of RAM really helps the OnePlus 5 keep all its apps in their current active state instead of needing to reload again. If you recall, the Galaxy S8, with its 6GB of RAM was not able to do this and found itself constantly reloading apps causing it to really fall behind the iPhone 7 Plus.

Unfortunately, despite the 8GB of RAM the OnePlus 5 still falls about a minute behind, which is pretty significant. Makes you wonder how fast the next iPhone will be with the A11 chip.

Apple starts selling refurbished Apple Pencil, get one for $85

Kaspersky now offers a free antivirus for PC, but do you need it?

Xiaomi Mi A2 will support Quick Charge 4.0 only in India

Looking to become the video-based social network of the gaming world, Medal.tv raises…

Researchers design 'soft' robots that can move on their own

Instagram is no longer notifying users when you screenshot their story