Huawei nova 3i with Kirin 710 benchmarked: here's how it compares to Snapdragon 710 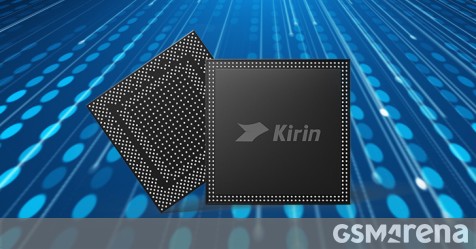 The Huawei INE-X2 – better known as the nova 3i – has been put through Geekbench, which gives us a first glimpse at the performance of the Kirin 710 inside and allows for an early comparison with the Snapdragon 710.

As expected, the Snapdragon features a higher single-core performance – matching the 20% boost over A73 that Qualcomm promised. One on one, the A55 core should be 18% faster than an A53 (not counting any improvements that Qualcomm may have made over ARM’s base design). However, the difference shrinks to about 7% in the multi-core tests.

Go back and look at the core composition – the Kirin 710 has four big cores, the Snapdragon 710 has only two. Which mix is preferable depends on the workload – if, say, a game needs more than two threads then some will have to run on the slower Silver cores.

The Kirin 710 is unquestionably a massive update over the Kirin 659 that Huawei used in previous mid-rangers, the two chipsets are barely in the same class (the 710 nearly doubles the single-core performance, for example).

Sonos prices its IPO to raise as much as $105M

LG patents Flex, Foldi, and Duplex trademarks – could this be a foldable…

‘B Corp’ leaders challenge Apple, others to become force for good

How to disinfect your smartphone protect your health

Samsung apologizes to seriously ill workers, plans compensation as it failed to…

The Best Landscape Photography Gear for Your Camera

NPR accidentally posts about a cat on its Facebook, now people want more of the cat