Huawei Mate X could be out next month, with one version boasting the Kirin 990 chipset

Now that Samsung has re-launched its first foldable smartphone, which has already gone on sale in Korea and will hit other markets later this month, you may be wondering what Huawei plans to do about its Mate X.

Luckily, then, Richard Yu, the head of the company’s mobile division, held some briefings at IFA during which he revealed some more details. The Mate X could launch as early as next month, apparently, November at the latest. 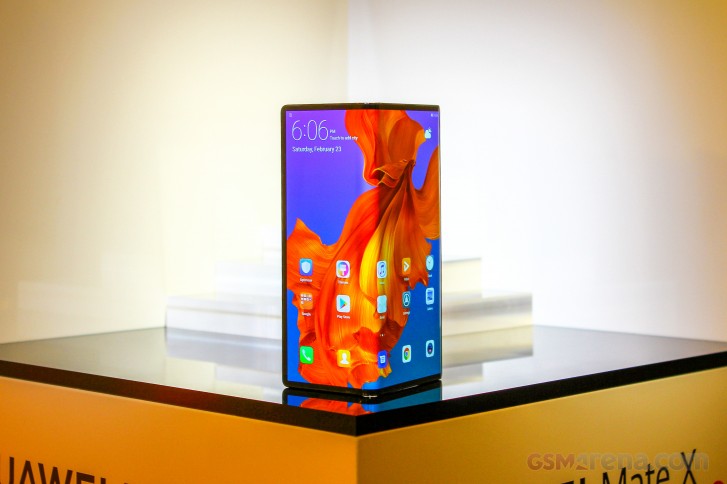 Huawei wanted to start selling the phone in August, but then postponed the launch yet again, for reasons that weren’t described. Interestingly, the past reports about the Mate X sporting the Kirin 990 chipset when it does eventually come out seem to have been true.

Huawei might decide to sell two separate models, one with the Kirin 980 at the helm (as was the original Mate X presented at MWC in February), and the other one with the new flagship SoC, that was just made official at IFA earlier today. It’s still unclear if there will be any more hardware differences between the two.

The first to be available is the one with the older silicon. We assume this will be more affordable than the Kirin 990-powered one, but don’t know for sure. Yu said that manufacturing the Mate X at scale poses some challenges, aside from how expensive the components themselves are.

The games in Fortnite Playground mode end next week

Report: Apple to use VW vans for first self-driving service

Sign up for our weekly newsletter tracking the Trump administration.

Apple gets sued by a customer over the notch

T-Mobile customers have a tough day as the network goes down in 12 states and D.C.

Frying Pans Stop Bullets In PUBG But What About In Real Life?

Hands-on: LetinAR Brings a Larger FOV & Depth of Field to AR with ‘Pinhole…