How to View Apple Music Listening History on iPhone & iPad 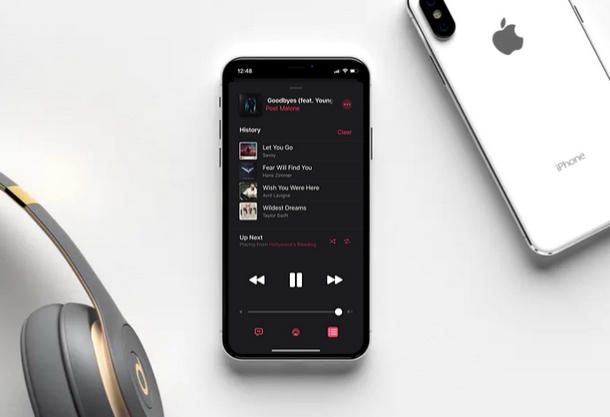 Keen on finding out what your Apple Music playback history looks like? In this article, we’ll be discussing exactly how you can view your Apple Music listening history on your iPhone and iPad.

If you’re an avid iPhone or iPad user, there’s a decent chance you’ve subscribed to the Apple Music service. The music streaming service is baked into the stock Music app alongside your local iTunes library and offers a ton of features, including the ability to display live lyrics. However, the app’s implementation of its “Recently Played” section had been challenging to access from the Playlists menu, but now there’s a new “History” feature that lets you view all the songs you’ve listened to on Apple Music, right within the playback menu.

How to View Apple Music Listening History on iPhone & iPad

It’s worth noting that you don’t really have to be an Apple Music subscriber to take full advantage of this feature. However, since this particular feature was introduced alongside iOS 13, you need to make sure your iPhone or iPad is running iOS 13 / iPadOS 13 or later. Once you’re updated, simply follow the steps below to view your listening history.

That’s pretty much all you need to do in order to access your listening history on the stock Music app.

The History section doesn’t just display the songs you streamed on Apple Music. If you listened to any locally stored song from your iTunes music library, that shows up in this list as well.

Additionally, if you played back a song multiple times on repeat, you’ll be able to count exactly how many times you actually listened to it right here.

The best part about this new “History” feature is the fact that you don’t have to be subscribed to Apple Music and it isn’t restricted to songs streamed on the platform (though it is limited to songs in the Music app, so stuff from Spotify and other services won’t appear there obviously). That’s kind of an interesting move from Apple considering how the app’s Live Lyrics feature only functions properly with songs available on Apple Music. This feature adds a lot of convenience by allowing users to quickly get back to the songs they were listening to, without having to leave the playback menu.

What do you think about this new nifty addition to the default iOS Music app? Do you find it interesting to review your Apple Music listening history? Is it something you’ve always wanted, or is it just one of those features that you don’t see yourself using on a regular basis? Let us know your thoughts and opinions in the comments section down below.

Here’s how to be the master of your digital domain

Realme U1 arriving on November 28 as Amazon Exclusive