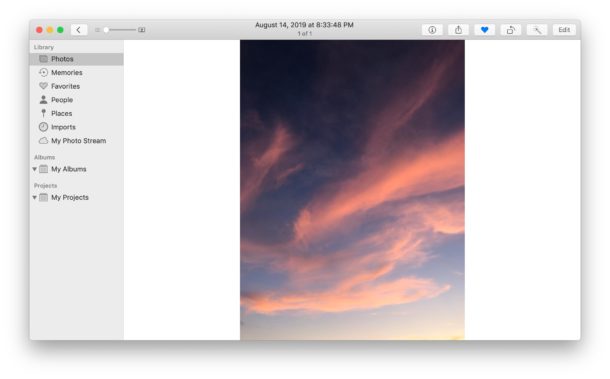 If you use the Photos app on Mac to manage your photo libraries, you may occasionally need to rotate a picture or two in your collection. Perhaps you snapped a photo in horizontal landscape mode but you meant it to be vertical in portrait, or maybe you just want to rotate a picture for some other reason.

Rotating photos on the Mac is very easy within the Mac Photos app, as you’ll quickly see in this tutorial.

How to Rotate an Image in Photos for Mac 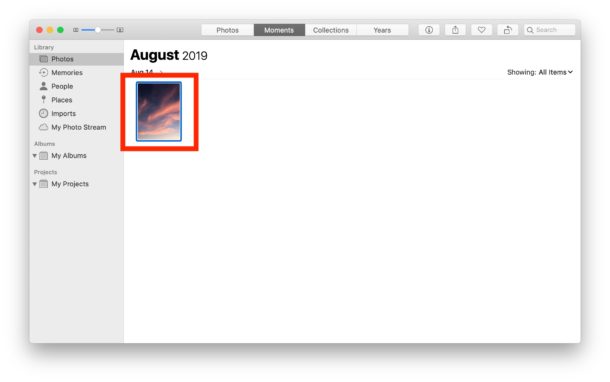 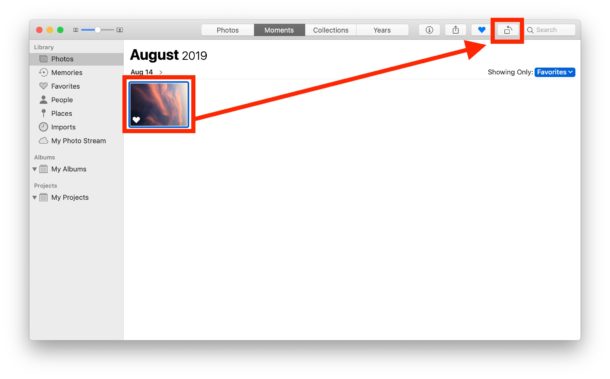 That’s all there is to it, no need to save any changes or do anything else, the photo is instantly rotated in the Photos app and will stay rotated to the orientation you modified the image to be.

Another way to rotate a photo is when viewing it directly in single image viewer mode within the Photos app on Mac. Again just look for the “Rotate” button in the toolbar and click on it until the image is rotated to the desired orientation: 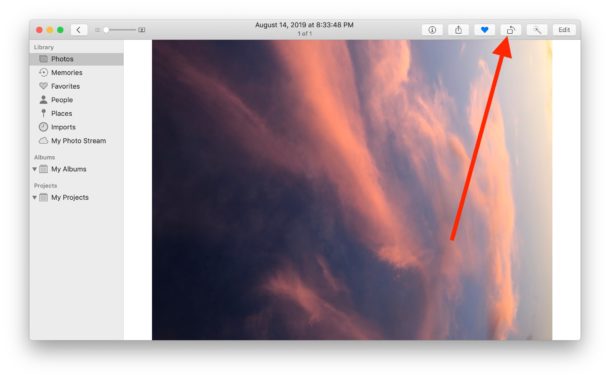 Just as before, the image rotation will save automatically and there’s no need to manually do anything else.

If you have experience with rotating photos on iPhone or iPad in the Photos app for iOS and iPadOS then this should be fairly intuitive to you, since it’s a fairly similar process.

There are other ways to rotate pictures on the Mac too however, including rotating pictures in Preview on Mac, or even rotating multiple pictures with Preview (which is my preferred method for rotating any photos that are not in my personal photo library), or even rotating pictures via Finder on Mac by using Quick Actions feature in modern MacOS releases. So if you don’t use the Photos app much for whatever reason, there are numerous other options out there to rotate your images as you see fit.

Rotation of media is not just limited to photos and still images by the way, you can also rotate video on the Mac easily as shown here using QuickTime, or iMovie, or another video editing app, so if you have a movie file you want rotated you can do that too.

Do you know of another easy or helpful way to rotate pictures, images, photos, or other media on the Mac? Share your thoughts, tricks, and experiences in the comments below.

How to Rotate Video on iPhone & iPad (iOS 13 and newer)