Apple’s $ 299 HomePod is no longer able to be purchased from the online store because it’s been out of stock since this morning.

Both the white and space gray versions of the ‌HomePod‌ are currently listed as “Sold Out” on Apple’s website, perhaps due to supply chain issues. 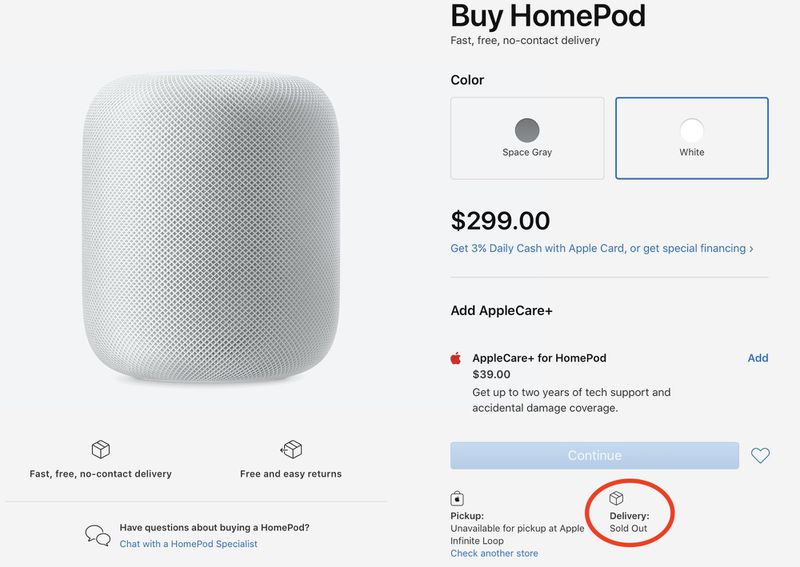 There’s no word on when the ‌HomePod‌ might be back in stock from Apple, but customers who want to purchase one can still order from stores like Best Buy and B&H Photo.

There have been rumors suggesting Apple is working on a new low-cost, smaller version of the ‌HomePod‌ that will be released at some point later this year, but the current shortage is most likely a supply problem.

Update: ‌HomePod‌ now appears to be available again with a slight shipping delay.