GM won't really kill off the Chevy Volt and Cadillac CT6, will it? 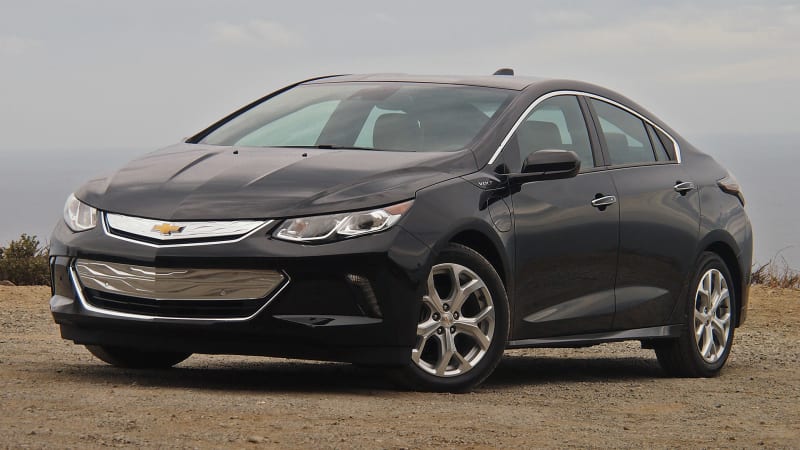 General Motors is apparently considering killing off six slow-selling models by 2020, according to Reuters. But is that really likely? The news is mentioned in a story where UAW president Dennis Williams notes that slumping US car sales could threaten jobs at low-volume factories. Still, we’re skeptical that GM is really serious about killing those cars.

Reuters specifically calls out the Buick LaCrosse, Cadillac CT6, Cadillac XTS, Chevrolet Impala, Chevrolet Sonic, and the Chevrolet Volt. Most of these have been redesigned or refreshed within the past few model years. Four – the LaCrosse, Impala, CT6, and Volt – are built in the Hamtramck factory in Detroit. That plant has made only 35,000 cars this year – down 32 percent from 2016. A typical GM plant builds 200,000-300,000 vehicles a year.

Of all the cars Williams listed, killing the XTS, Impala, and Sonic make the most sense. They’re older and don’t sell particularly well. On the other hand, axing the other three seems like an odd move. It would leave Buick and Cadillac without flagship sedans, at least until the rumored Cadillac CT8 arrives. The CT6 was a big investment for GM and backing out after just a few years would be a huge loss. It also uses GM’s latest and best materials and technology, making us even more skeptical.

The Volt is a hugely important car for Chevrolet, and supplementing it with a crossover makes more sense than replacing it with one. Offering one model with a range of powertrain variants like the Hyundai Ioniq and Toyota Prius might be another route GM could take.

All six of these vehicles are sedans, Yes, crossover sales are booming, but there’s still a huge market for cars. Backing away from these would be essentially giving up sales to competitors from around the globe. The UAW might simply be publicly pushing GM to move crossover production to Hamtramck to avoid closing the plant and laying off workers.

Sales of passenger cars are down across both GM and the industry. Consolidating production in other plants and closing Hamtramck rather than having a single facility focus on sedans might make more sense from a business perspective. GM is also trying to reduce its unsold inventory, meaning current production may be slowed or halted while current cars move into customer hands.

There’s a lot of politics that goes into building a car. GM wants to do what makes the most sense from a business perspective, while the UAW doesn’t workers to lose their jobs when a factory closes. When these two desires don’t line up, there’s always a lot of rumors, and speculation. For now, the automaker is remaining mum on its future products, as we’d expect.

UAW-VEBA loses seat on GM's board

How to scan QR codes and barcodes on iPhone and Android

This Week in Apps: Facebook takes on Shopify, Tinder considers its future,…

How to use Fortnite’s brilliant new Party Assist feature

Danger Zone 2 Released For The PC, The Xbox One And The Playstation 4

Star Wars: The Last Jedi Will Give Carrie Fisher An “Amazing” Send-Off