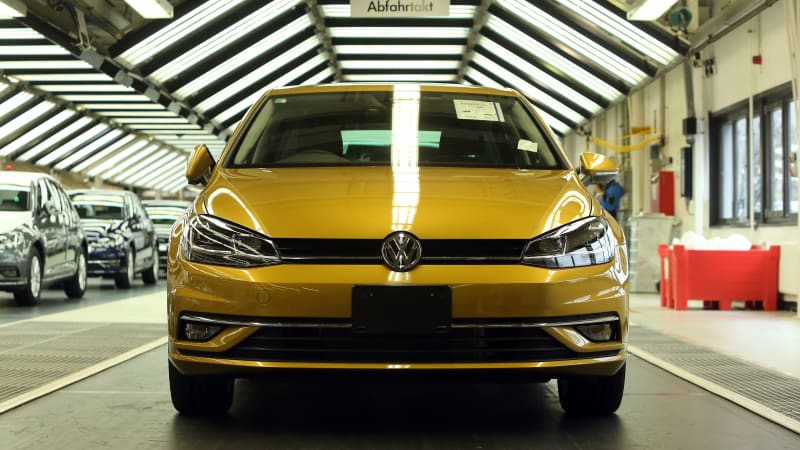 BERLIN/FRANKFURT – Volkswagen will hold a special supervisory board meeting on Wednesday to discuss allegations that German carmakers operated a wide-ranging cartel, a source familiar with the matter said on Monday.

At stake is whether carmakers VW, Audi, Porsche, Mercedes and BMW used German auto industry committees to discuss pricing of components and technologies, and whether such talks constituted anti-competitive behavior.

A VW spokesman confirmed an extraordinary supervisory board meeting would be held on Wednesday but declined to give details.

German auto stocks took a hit in early trading on Monday, weighed down by uncertainty over possible antitrust fines after European regulators said they were probing cartel allegations.

VW shares were down 2.8 percent, with Daimler and BMW down 3.4 percent and 2.5 percent respectively, lagging the blue-chip DAX index, which was 0.7 percent lower.

Exane BNP Paribas automotive analyst Stuart Pearson said little was known about the allegations, but no signs had emerged about fixing prices charged to consumers.

“More ugly details could yet emerge, leaving German manufacturers – and the EU auto sector – still firmly in the sin bin for now,” he added.

The car industry has been hit with billion-euro fines on both sides of the Atlantic in recent years for cartels related to various parts such as lighting systems, engine coolers and bearings.

The industry’s record on exhaust emissions is also under close scrutiny after VW admitted in September 2015 to cheating U.S. diesel emissions tests and investigations have shown many vehicles exceeding pollution limits outside of testing labs.

Spiegel said the talks also led to the use of smaller tanks containing AdBlue, a urea-based liquid needed to help filter nitrogen oxides (NOx) from diesel emissions. Larger tanks would have been more expensive, the magazine said.

Auto industry experts, however, have said the effectiveness of exhaust filtering systems does not depend on the size of an AdBlue Tank. BMW, for example, has equipped its cars with urea injection as well as a NOx-storage catalytic converter. The two systems combined ensure vehicles fulfill emissions requirements.

BMW on Sunday said emissions filtering systems in its cars were adequate and that discussions with other manufacturers about AdBlue fluid were held with a view toward building a pan-European network of AdBlue refilling stations.

Daimler said on Monday it had a substantial compliance program which was “constantly improved and adapted.” Daimler’s works council chief Michael Brecht demanded an immediate investigations into the allegations.

Apple made a Siri ‘movie’ with Dwayne ‘The Rock’ Johnson

It’s Easy Being Green: Looking Ahead to Nvidia in 2019

The Best Keyboards For Your Gaming PC

Weekly poll: is the Razer Phone 2 the best gaming phone?

How to Use YouTube’s Queue Feature

Hungry? Get Fresh Food Delivered Right to Your Doorstep

Xiaomi Redmi 6A leaks on TENAA, specs in tow

For $29, you can turn virtually anything in your home into a smart device with this…

2018 Nissan Kicks vs other tiny crossovers: How they compare on paper