While we already know the Samsung Galaxy S8 Active is coming, the tech giant has now officially confirmed the device. Specifically, the Galaxy S8 Active moniker has been spotted on the company’s website.

The name precedes a list of applications the handset will come loaded with. 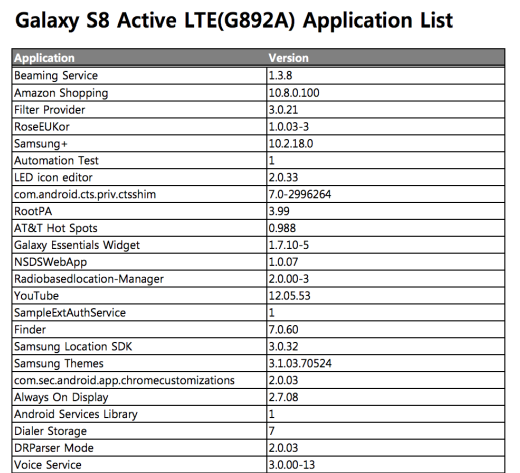 The phone has already received WiFi certification, and has also been spotted in benchmark listings. Recently, an image said to be of the device also leaked, revealing a flat screen.

Given that the moniker has appeared on Samsung’s own website, it’d be reasonable to say the Active variant will be launched sooner than later.

“Particle robot” works as a cluster of simple units

Gorilla Glass DX and DX+ for wearables unveiled: they cut reflectivity by 75%

Take The Office Anywhere With These Great Apps