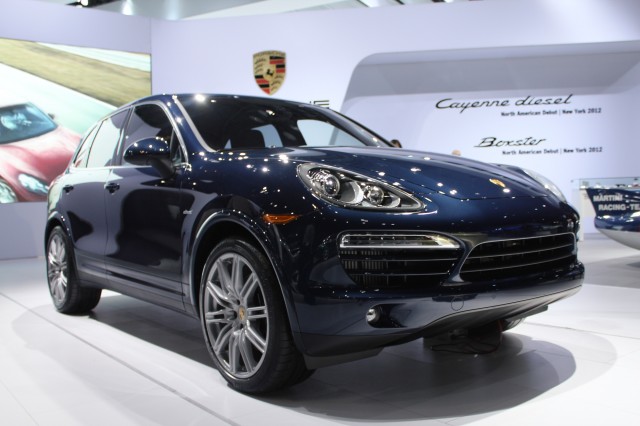 Porsche hasn’t been able to avoid the diesel emissions scandal afflicting the Volkswagen Group, with the diesel version of its popular Cayenne SUV among the vehicles fitted with emissions cheating software.

Porsche has already been forced to stop sales of the Cayenne Diesel in the United States after admitting to using the illegal software, and investigations in other countries, including Porsche’s home market of Germany, are still taking place.

In the midst of all this, Porsche is evaluating whether to continue offering diesel engines. Other Porsche models equipped with diesel engines include the Macan and Panamera.

Speaking with Reuters, the automaker’s CEO, Oliver Blume, said a final decision will be made by the end of the decade.

“Of course we are looking into this issue,” Blume said. “We have not made a decision on it.”

It represents the first time a German automaker has publicly acknowledged ending diesel sales. Of course, diesel isn’t a popular choice for Porsche customers, accounting for only 15 percent of the automaker’s sales. Porsche also doesn’t have a long history of offering the stuff. The automaker only started offering diesels in 2009, with its first diesel model here, the Cayenne Diesel, only arriving in 2013.

The latest Panamera offers a diesel option in some markets and a new Cayenne due to be unveiled at September’s 2017 Frankfurt auto show will do the same, Blume confirmed. For their respective successors, however, diesel may no longer be offered.

“For the generations that will follow there are different scenarios,” Blume indicated.

The diesel scandal isn’t the only reason for Porsche to abandon diesel technology. Blume explained that major cities, particularly in Asia, may severely limit the use of cars without a zero-emission mode in the near future. It’s one of the reasons Porsche is investing heavily in hybrid and pure electric technology. Porsche already sells a handful of plug-in hybrids and is already working on its first electric car which is due towards the end of the decade.

According to Blume, electric cars could account for roughly one quarter of Porsche’s sales by as early as 2025.

Robot sculptures are hijacking galleries all around the world

Apple wanted to bring the best of iMessage to every phone

‘Chiaro and the Elixir of Life’ Review: a Thin Slice of Ghibli With a Side Order of…

iPhone XR: How to Take a Screenshot

A Ghost Story director David Lowery, on how technology fixed his lonely ghost

How (and why) to make your own power-only USB cable

How the brain switches between different sets of rules

This monkey’s selfie could determine the future of AI copyright