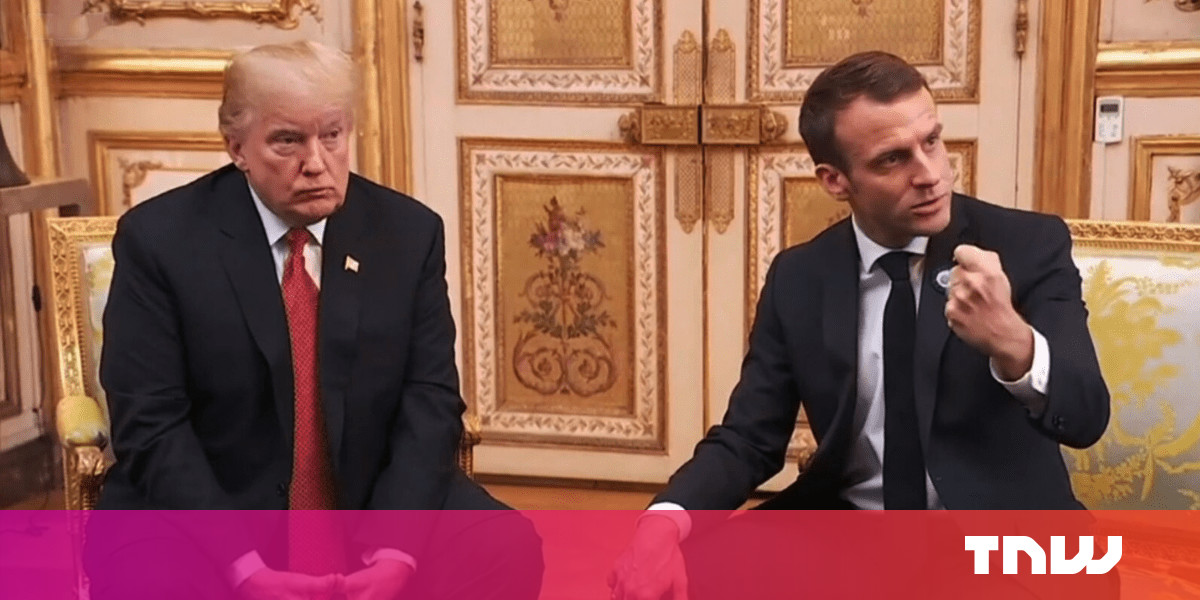 French President, Emmanuel Macron, has started turning up the heat before this weekend’s G7 summit. At a press meeting yesterday, Macron stuck to France’s policy of upping taxes on big tech, calling the system which provides companies with a “permanent tax haven status” simply “crazy,” The Local reports.

Europe has been cracking down hard on American tech companies, issuing billions of euros in fines and implementing strict privacy laws like GDPR. Under Macron’s leadership, France has tried to take it even further by unilaterally fixing loopholes in global tax rules.

“The global tech players do not contribute financially to the funding of the common good, it is not sustainable,” Macron told the press.

The French law — nicknamed the ‘Google tax’ as it will affect companies like Google, Apple, Facebook, and Amazon the most — aims to prevent the taxation gap which has allowed global players to pay next to nothing in European countries where they make huge profits. The reason for this is many companies set up headquarters in smaller EU states. This is why France wants to levy 3 percent tax on the revenues — not profits — such firms generate within the country.

This tough stance has increased tensions between France and the US ahead of the G7 summit — where representatives of the seven biggest economies in the world and the EU gather to tackle global challenges. Macron said he had discussed the tax with Donald Trump on Monday, and that the US President was still strongly opposed to it. Earlier this year, Trump took to Twitter calling Macron’s actions “foolishness.”

France has been quite alone at the forefront of plugging the taxation gap, with smaller countries like Ireland and the Nordics being against it. EU’s other big player, Germany, agrees the goal is right, but has championed going the way of a worldwide minimum tax level on revenue.

However, it seems that more countries are on their way to follow France’s lead. The UK plans to implement a very similar digital tax measure in 2020 — and Spain, Italy, and New Zealand also have legislation in the works. India is taking a different approach by proposing a law change imposing a direct tax on technology firms’ profits made in the country. France has said it would scrap its tax if an international agreement is reached, and it hopes to have all OECD countries on-board by the end of 2020.

This weekend’s G7 meeting hosted in France will likely be a lively one, with Macron poised to throw around his weight as he continues to establish himself and France as a leading player in EU and global politics. Trump will undoubtedly tweet some choice remarks if Macron keeps going after US’ tech dominion.

VR Continues to Maximise the Power of Crowd-Funding in 2019

VR vs. The Darkness – A CES Story

One-dimensional material packs a powerful punch for next generation electronics

This app helps improve your writing by destroying it

So I sent my mom that newfangled Facebook Portal

How to create Dropbox-style links in iCloud Drive