Facebook today announced the global launch of “Watch Party,” a desktop and mobile feature revealed in May that allows Facebook Groups to join in and watch videos on the platform together in real time. The videos themselves can be previously recorded or live videos, and members in the Watch Party can comment and send reactions as the video plays.

To start a Watch Party, one member (the “host”) navigates to a Group page, taps the new Watch Party icon, writes a message, and finds videos to add to the playlist. From there, hosts can invite friends in the Group who can join instantly and watch the videos together. Only hosts can scrub the video’s playback and choose new videos to watch. Facebook says it is looking into starting Watch Parties outside of Groups as well. 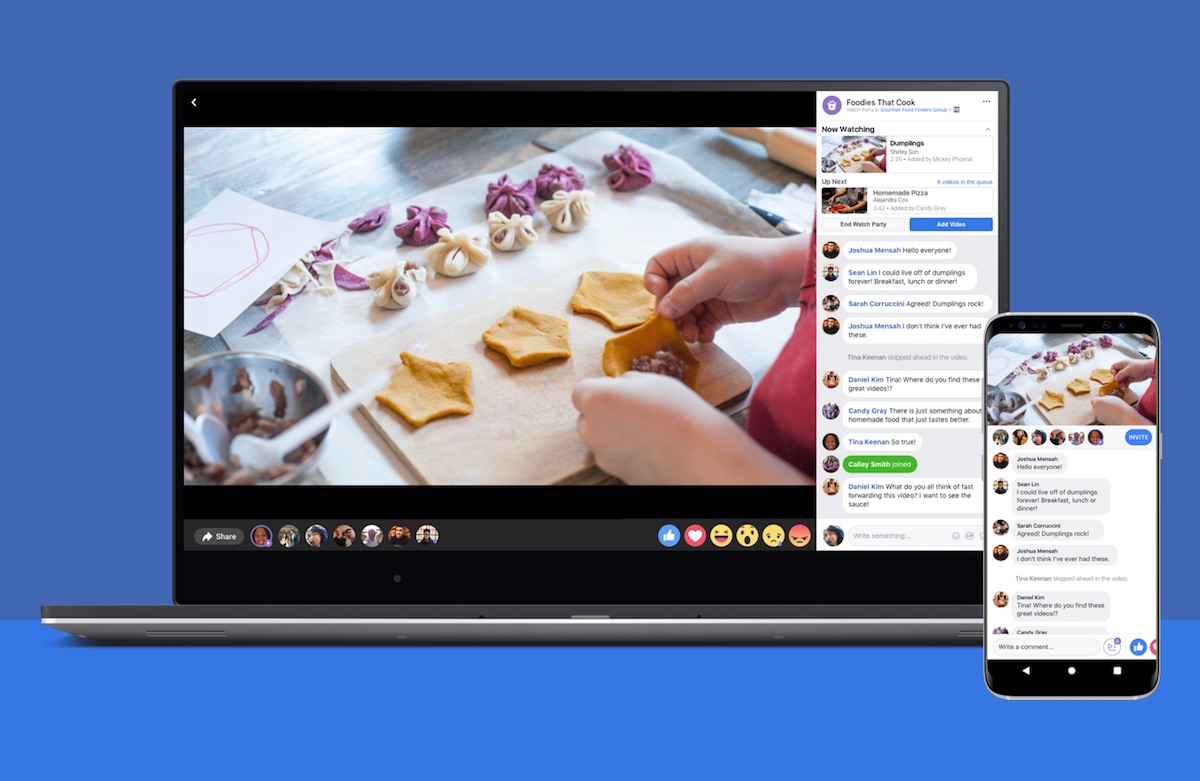 Other features include a “co-host” ability, so that hosts can designate other members to control the Watch Party, and a crowdsource ability that lets all Watch Party members suggest videos for the host to play next. Facebook says Watch Parties are great for both small groups of friends and family members, as well as large organizations hosting Q&A sessions and more.

Services that allow you to sync up videos in real time have grown in popularity, with major companies like Google and Skype trying out similar features in the past. Google’s own “Uptime” app launched in a test phase in March 2017, expanded to the public in June 2017, but now appears to have left the iOS App Store.

These platforms tend to be more popular on desktops and laptops, however, with websites like Rabbit and Gaze offering the ability to stream YouTube, Netflix, and more together with friends, sometimes offering a mobile app as well. Facebook’s Watch Party solution will be available across mobile and desktop, which could be an advantage for some users, as long as the videos they want to watch together can be found on Facebook’s platform.

Spotify Lite for Android gets an official launch in 36 countries

IBM, Focused on AI for the Enterprise, on a Mission to Defend Its Turf